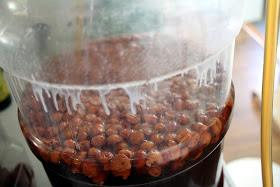 When it comes to adding fruit to sour beer I've long advocated waiting, both on the blog (and in American Sour Beers). This serves two purposes. First, it delays the decision point, allowing the brewer to taste the unaugmented beer and decide the optimal treatment for each carboy or barrel (blend, fruit, dry hop, drain etc.). Second, it allows you to drink the packaged sour beer while the fruit aromatics are still fresh and vibrant. But is that approach sacrificing anything?

Talking to Scott about his "two season" peach sour, and hearing the approaches at a few breweries (e.g., Wicked Weed - Red Angel has 1 lb per gallon of raspberries in the barrels at three weeks and then 3 lbs more per gallon at the end) got me thinking. Early fruit allows for yeast-interactions before the pH falls far enough to inhibit those enzymes; theoretically it could produce a richer perhaps "jammy" fruit profile. Reserving a portion of the fruit could adds back those aromatics that would be oxidized or volatilized by the end of aging.

The base beer for my first attempt at the technique was a Flemish red. The recipe is not far from numerous beers I'd brewed before except for two notable tweaks. I used American Munich/Vienna instead of European. I used pre-aged "Lambic" hops from Yakima Valley in hopes of pushing some of the fruity depth they can provide. 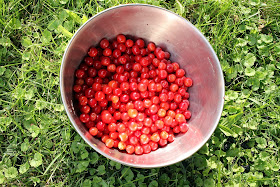 While I enjoy cherries in pale lambic-type beers, they can easily dominate the subtle malt profile. I've had good results with them in sour reds in the past, and wanted to try staggered additions. I opted for Scott Labs 58W3 wine yeast for primary fermentation. A previous Flemish red had done well with another wine strain, and I hoped that given this strain was selected to free aromatics (bound terpenes and glycosides) from wine grapes, it might benefit the cherries. For ease of timing and considering that all of the bright-fresh aromatics are already gone, I added dried sour cherries a month into souring. Russian River adds dried sour cherries to the Pinot Noir barrels for Supplication along with the Brett, so I was in good company. As I usually do, I rinsed the dried fruit briefly in StarSan to remove the oil that prevents them from sticking. 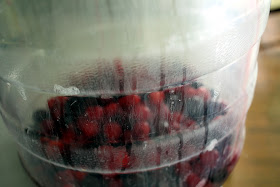 Souring was provided by dregs from De Garde Saison Facile. And I can say without question they did a much better job than the other half of the batch with Wyeast Roeselare (no tasting today as it has a strong sulfur character).

Once the dried cherries had given their all, I racked onto a 2:1 combination of homegrown sour cherries and farmer's market sweet/dark cherries. I have read and heard from several reliable sources (Wild Brews and Dave Pyle) that the sour cherries of Belgium are somewhere between sweet and sour cherries in America.

The attendees to my February Sour Beer BYO Boot Camp in San Diego will have a chance to taste this beer (and blend it with several of my other dark and cherry sours) as those in Indianapolis did in November! The early bird $100 discount only runs through 12/15. 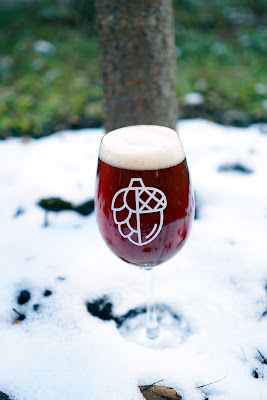 Smell – The homegrown sour cherries really shine. It smells like the defrosting bag of fruit. Light spice, almost cinnamon, something I’ve gotten in the past from dried sour cherries. Not much malt coming through.

Taste – The fruit flavor is true and saturated... jammy. The various types of cherries adding depth without muddling the overall fruit impression. Firm lactic acidity, with added sharpness from the fruit. The malt doesn’t have the oomph I expect from that amount of Munich and Vienna. Not much Brett character, but it does have more funky-depth than a kettle sour. A touch of perceived sweetness lingering with the fruit and almondy pits.

Mouthfeel – The high FG provides some substance to the otherwise crisp profile. Solid carbonation, not too much.

Drinkability & Notes – A showcase for cherries without being only about the fruit. One of the best cherry sours I’ve brewed. Saturated with fruit, and good balanced acidity. I’ve been enjoying this and it has been going quickly as I've been nervous that the gravity finished higher than I expected.

Changes for Next Time –  Maltiness could be firmer, will likely switch back to Weyermann for the Vienna and Munich. I'd get my timing better and add the dried cherries to the carboy before I transfer the beer in. 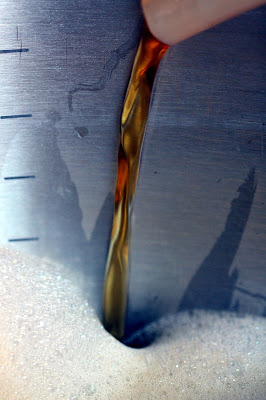 Notes
-------
Recipe adjusted to reflect only half of the batch tasted here. 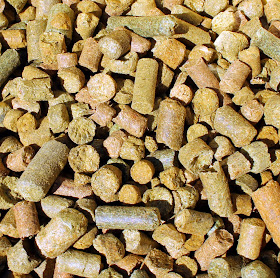 Lambic hops from Yakima Valley Hops. Bagged. No idea on AA%, wort had almost no bitterness.

4/8/16 Added 1 lb of dried cherries to the 58W3 half. Rinsed in StarSan to remove any surface oil (more than sanitation).

7/21/17 Racked the 58W3 half onto ~3 lbs of sour cherries (half homegrown) and 1.5 lbs of sweet cherries. Frozen and defrosted, purged with CO2. Left the dried cherries behind.

10/1/17 Bottled both halves with rehydrated Pasteur Champagne. 4.75 gallons of each, 97 g of table sugar, aiming for 2.3 volumes of CO2. The non-cherry half had a slight sulfur aroma and foamed oddly during bottling.

Cherry 3.27 pH and FG of 1.018 (higher than I expected although it did drop considerably from when it was transferred).

11/27/18 Tasting notes for the half without cherries, fermented with BM45 and Wyeast Roeselare.


I get a commission if you buy something after clicking the links to MoreBeer/Amazon/Adventures in Homebrewing/Great Fermentations!
The Mad Fermentationist (Mike) at 6:38 PM