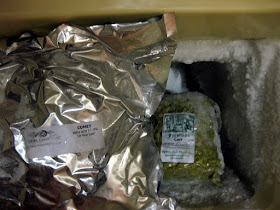 Not a big surprise that Citra won by a landslide given it's the easiest to buy (and the most commonly used in commercial beers), but it was nice to see every hop get at least one vote. I’ve used Citra in a handful of beers and have been really pleased with the big bright orangy flavor it contributes. I am planning to dry hop the sour tripel (which never soured much) with a few ounces of it before bottling to give it some additional aromatic character.

I have not had a chance to brew with any of the other newly released varieties, but on an impulse I included one pound of Comet in an order I placed from Hopsdirect a couple months ago. My plan is to brew a beer with them to judge their contribution, and give away the rest if their flavor isn’t for me (not much of a loss for $9). I always like to use a hop by itself the first time to get a true sense of their bitterness/aroma, before trying to pair it with other varieties in subsequent batches.

In general it is great to see new varieties coming to market, especially ones that were selected for their interesting flavor rather than stratospheric alpha acid percentage (James Spencer had a great article in the October issue of BYO Magazine on the current wave of Aroma Hop Breeding). Just trying a new ingredient is part of what gets me excited about homebrewing, finding a new unique flavor, something that will surprise people is always a worthwhile goal for a batch. It will be interesting to see which varieties prove popular enough to continue being grown, and which fail to sell. I’m also wondering if any of the new varieties will reduce demand enough to kill production of any of the old standby varieties that are no longer seen as “exciting” to brew with.

If you have tried and enjoyed one of the less popular hops on the list, then please post a comment and let the rest of us know what the flavor was like, what sort of beer it would work in, and what other hops it might match well with.
The Mad Fermentationist (Mike) at 8:07 PM