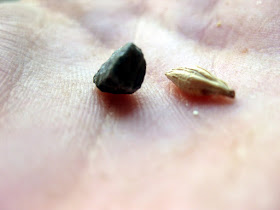 Valley Malt started production in Western Massachusetts last year, producing a range of malts from locally grown barley, wheat, and rye (80 acres worth this year - about one ton per week). It isn't often that a new maltster opens on the East Coast, so I thought I'd show some support by buying 50 lbs of their pale malt and a couple more of dark crystal to see if they are worth seeking out. It probably would have been smart to do the first trial with something simple and clean like a pale ale... but the dark crystal, plus a couple bottles of dark candi syrup and a bag of frozen plums I already had on hand, called for something more interesting: a double batch of dubbel.

I realize that Pilsner malt is more traditional, but I recently had a bottle of St. Bernardus Prior 8 which had more bready malt character than most of the American brewed dubbels I have tasted. While I love the complex caramel and dark fruit that dark candi syrup brings to a beer, I have not been satisfied with the flavor it gives a dubbel without the addition of dark crystal malt. I was sad that I didn't get around to ordering anything for Candi Syrup Inc to make it a completely American beer. 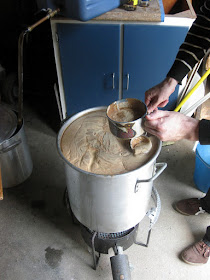 On brew day I put the strike water on the stove to heat and went down to the basement to weigh/crush the malt. The non-driven wheel on my Barley Crusher mill hadn’t been turning as easily as it used to (time to take it apart and clean it again) so I didn’t think much of it when I had to reverse the drill a couple times to get it to catch. About halfway through I heard a crunching metallic noise. I emptied the hopper, but didn’t see what had caused the noise. When I started milling again it ran fine for a few seconds, but then came that noise again. I emptied out the hopper a second time, sifted through the uncrushed grain, and finally found a grain sized pebble. If anything it made me appreciate how amazing it is that I’ve never had that happen before.

Much of the work that used to be done in the brewery with step mashes and decoctions (dealing with excess protein, and poorly modified malt etc...) is now largely taken care of by the maltster. Few modern malts require anything more elaborate than a single infusion rest at the desired saccharification temperature. I was told by the homebrew store owner who sold me the malt that Valley Malt's malts benefit from a short protein rest. The mash didn’t look or run-off any different than any other pale malt, but while the wort was coming to a boil it did inflate one of the densest protein foams I have ever experienced. 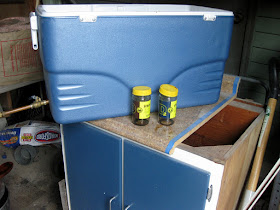 I had bought WLP545 Belgian Strong Ale (one of the Sep/Oct Platinum strains) to ferment with, my first time using the strain. For half of the batch my friend Luke and I also pitched the dregs from a few bottles of sour beer that we drank while we brewed. That half will also receive oak cubes, and a couple pounds of methyl plums I bought at the farmer’s market and froze this summer. This is somewhat inspired by Captain Lawrence Rosso e Morrone which is the barrel aged version of their St. Vincent’s Dubbel with red wine grapes. I may have had one too many of said sour beers... I mixed up the carboys while running off and tossed the dregs from the last bottle into the clean half (I'm planning on serving it young on tap, so it may just add some rustic charm). Both halves started fermenting in the low-60s ambient, with only the clean half boosted into the 70s F after the first four days of fermentation. 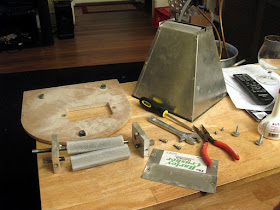 Collected 9 gallons of 1.060 runnings. Added candi syrups as it came to a boil. 2 gallons of final runnings boiled separately and added back at cooling. Chilled to ~70 F, racked into two carboys onto half of the starter in each. Shook to aerate.

Quick start to fermentation in the low-60s ambient.

10/27/11 Put the clean half into a pot and onto a heating pad set to high to boost the temperature to ensure complete attenuation and a bit more Belgian yeast character.

10/31/11 Fermentation appears complete so I turned off the heating pad.

12/21/11 Great tasting result, especially for only two months old. The malt and candi sugar work together really well, complex without making the beer too sweet.

8/22/12 Racked the three gallons of the sour portion onto four pounds of mixed plums including Methley and a slightly lager darker variety I didn't catch the name of.

6/13/13 Tasting of the plum-aged portion. The flavor nicely blends the dark fruit from the malt and the fresher character from the plums. Solid sourness, moderately funky.

4/13/14 Finally bottled the 1 gallon of plain/sour with .75 oz of table sugar and a splash of rehydrated champagne yeast.
The Mad Fermentationist (Mike) at 6:37 PM