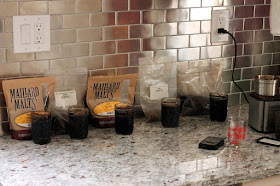 Why can’t beer just taste like beer anymore? Maple beer, passion fruit beer, elderflower beer... even new hop varieties are marketed as smelling like "coffee" and "garlic." What about a beer flavored with malt? Sure the Reinheitsgebot was an artificial constraint on the ingredients available to German brewers, but it focused their creativity on process (think: decoction, acidulated malt, first wort hopping).

With the ever increasing prevalence of weird-ingredient beers, American brewers (both craft and home) are overlooking the possibilities that weird process provides! Whether that is dry hopping before fermentation, concentrated Maillard-intensifying boil, or adding malt after fermentation (which is what I'm investigating with this post)! 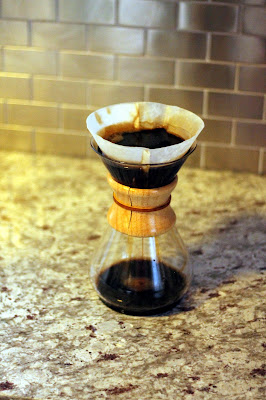 The concept for this porter was to age it for six months (while the other half was on tap), and then add cold-extracted dark grain to refresh the dark malt flavor and aroma. I've used cold-extracted dark grains before, but only before fermentation (like Dark Saison IV). Over the years I've drank a few stouts and porters (fresh Deschutes Abyss comes to mind) that have exhibited a hint of dough-in: that wonderful combination of fresh coffee and bready malt. That's what I wanted to accentuate. While not as sensitive as hop compounds, malt aromatics are driven off by the boil and fermentation and muted and muddled by age and oxidation. This isn’t always a bad thing, but it can be boring when that is what all malt goes through on the way to the glass!

The base for this experiment was the “plain” half of the chocolate-butternut squash porter that I brewed in early August. It had some roastiness, but after five months in the keg it was beginning to show its age, too dark-fruit forward. Dosing into a glass let me play with different rates and malt combinations without risking the whole batch. After testing a variety of dark malts in small scale infusion I settled on equal parts Weyermann Carafa Special II and Chocolate Rye. Both are husk-free, and provide a softer flavor contribution than black malt and roasted barley. 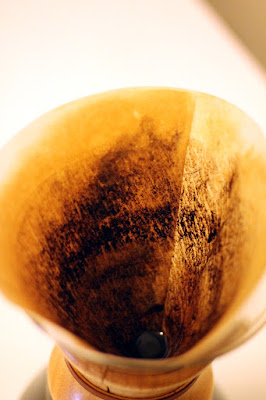 To make the extract for the full-batch infusion I ran the grains (2.5 oz each) through my Barley Crusher. While you can use a blade-style coffee grinder for dark malts, the fine particulate makes the spent grain sludge difficult to separate from the liquid. I combined the grain with 48 oz of filtered water in a sanitized growler, shaking occasionally to aid extraction. After 10 hours I decanted the liquid through a mesh coffee filter to remove large pieces of grain that hadn't settled. I then passed it through a paper filter to remove any dust (stouts and porters often taste better after roasted particulate is allowed to drop). Despite being a second pass this still took about 30 minutes.

I pasteurized the resulting inky black concentrate at 170F for a few minutes. While I doubt it would have caused a microbial issue going into cold/fermented beer, the extra effort was worth the peace of mind. Heating the extract also helps to reduce the amount of dissolved oxygen, although not as much as boiling would have. After cooling, I did another taste test to dial in my ideal ratio, and then dosed 23 oz directly into the depressurized mostly-full keg. This technique might also benefit from combination with water adjustments, but I didn't find that necessary flavor-wise (beers on nitro often benefit from slightly lower pH to replace the absent carbonic acid). 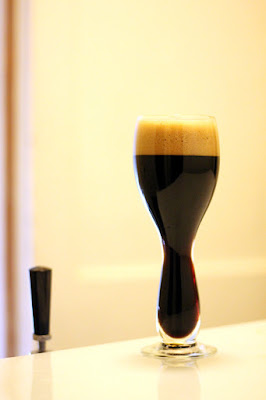 Appearance – Doesn’t look much darker than it was prior to the cold extraction, but when held at an angle to the light it is less translucent (still transparent, but brown rather than red right at the edge). Nice big tan head, a bit voluminous though, needed to settle and top-off to get a full pour.

Smell – Not quite brew-day morning, but much fresher grainy-roasty flavor than the beer was prior to the transfusion. Still has some dark fruit behind the coffee and roasted grain. On the upper-end of mocha for a porter. No hop aroma.

Taste – Roast is mellower on the palate than it was in the nose. Smooth cold brewed coffee, minimal roasted bitterness. Hops were never prominent, but by now they add just a slight bitter edge. Smooth, although a bit dry for my tastes. Fermentation seems clean, no noticeable off-flavors.

Mouthfeel – Not quite as full as I prefer for a cold-weather rye porter, although the creamy head helps with that body while it lasts. Low carbonation after running through the stout faucet. Amazing how much mouthfeel the butternut squash added to the other half!

Drinkability &amp; Notes – This method breathes malty freshness into an aged beer, the malt equivalent of a hop tea. Adding more dark malt after fermentation certainly improved this beer, but at this rate it doesn’t provide a showcase character. It would be interesting to taste a dark beer with all of the roasted grain added like this! It could also be an easy way to make a split batch without having to divide the wort pre-boil. You could even try a shorter/hotter extraction if you wanted to see how that changes the roast impression. Lots of options, and certainly not the last of my attempts to use traditional ingredients in new ways!
The Mad Fermentationist (Mike) at 7:32 PM