Extract beers get an undeservedly bad rap. Experienced homebrewers who brew with malt extract often sound apologetic: “I work 90 hours a week and have three young kids… what other option do I have?” The truth is that if you use the same process (full-boil, pitch enough healthy yeast, control fermentation temperature etc.) that you would for all-grain, extract can produce some excellent examples of some styles! After I'd switched to all-grain, I've gone back and dabbled with malt extract for both clean (Belgian Single) and sour beers (Sour Stout on Blackberries) with enjoyable results. 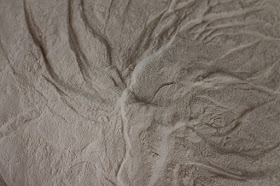 The primary issue with malt-extract-based beers is the loss of control. Many extracts includes several malts, in unspecified ratios. The best option is to use paler extracts and build from there with steeping grains (although even with crystal malts, steeping isn’t equivalent to mashing). With both extract and all-grain, it is essential to stick to styles that work with your available ingredients. If you can’t get Vienna or Munich extract (or malt), don’t make an Oktoberfest!

The fermentability is set by the extract producer, taking away the mash temperature lever that all-grain brewers get to pull. Luckily, there are still a couple options to influence the fermentability of the wort. Substituting 5-10% refined sugar or extract will increase the percentage of simple sugars to help dry out a beer that would otherwise finish too full. Maltodextrin will have the opposite effect, adding “unfermentable” dextrins to a wort that would be too thin. Maltodextrin can also be used to increase the amount of complex carbohydrates available for the non-Saccharomyces microbes in an extended mixed-fermentation. I've yet to use maltodextrin in its more "traditional" role for molecular gastronomy. 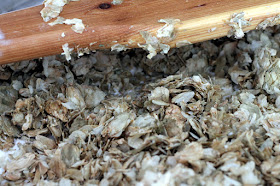 The recipe below was inspired by two well-known homebrewed extract lambic recipes. The first is from Steve Piatz’s Lambic Brewing article in the October 2004 issue of BYO (the magazine where I'll soon start my second year as Advanced Brewing columnist - Subscribe). Steve is the second highest ranked BJCP judge, and I got to chat with him at Hoppy Halloween in Fargo, ND over the weekend! The second is a multi-award-winning recipe from AmandaK posted on HomebrewTalk. Both called for 4 oz of maltodextrin per 5 gallons. That seemed a bit lower than I would have guessed, adding only .002 to the original gravity. Extract is often on the unfermentable side, but I upped the amount to 6 oz. The nice thing about maltodextrin is that you can always boil up more and dose it into the fermentor if the gravity drops to terminal without adequate lactic acid production (works for all-grain too!). Brett will work its magic without requiring much in the way of residual malt fermentables. You could also add a few tablespoons of flour to the boil if you wanted some starch for the Pediococcus to work on.

Speaking of microbes, I opted for The Yeast Bay’s Mélange ("Two Saccharomyces cerevisiae isolates, Saccharomyces fermentati, five Brettanomyces isolates, Lactobacillus brevis, Lactobacillus delbreuckii and Pediococcus damnosus"), and nothing but. Usually I’d pitch some additional brewer's yeast and bottle dregs along with a blend, but the vial was directly from Nick, so I though I’d give it a try as he intended. Luckily fermentation started within a day and so far the samples I’ve pulled from the carboy are pleasantly lemon-farm-y. I need to take a gravity reading to decide if it needs more maltodextrin to help increase the acidity! 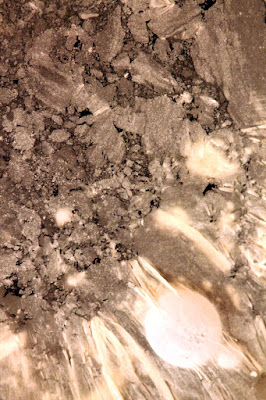 Allowed to chill in the barrel room naturally to 75F in the brew pot. Racked to a Better Bottle and shook to aerate. Pitched Yeast Bay Melange directly. 67F ambient. First activity after about 24 hours.

2/6/15 Fermentation slowing, topped off with 3/4 of a gallon of distilled water to bring the gravity down. Left at ambient basement temperature in the primary fermentor.

7/12/16 Racked about 2 gallons onto 8 lbs of "ugly" white peaches from the Takoma Farmers Market. Bottled the remaining 3 gallons aiming for 2.8 volumes of CO2.

2/13/17 Tasting notes for the lambic with and without peaches. The Mélange served as a good microbial base, but I would have liked a little more Brett character and acidity.
The Mad Fermentationist (Mike) at 5:48 PM