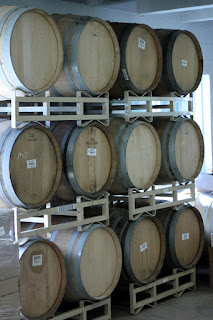 Columbus Day was a long day. I was in the car before I would have been awake for work on a normal Monday, trying to beat the notorious DC traffic. My destination was three hours south, Virginia Beach and specifically Commonwealth Brewing Co. The brewery had only opened a month earlier, just in time for Labor Day weekend. I’d been talking to founder/owner Jeramy and head brewer Greg (a Seattle transplant) in the lead up, planning a collaborative batch of barrel-aged brown to inaugurate their souring program!

Luckily traffic was light and I made it to the brewery with the smell of dough-in welcoming me. The grain bill was loaded with specialty malts, including Aromatic, Special B, and Carafa. We’d passed the recipe back-and-forth a few times via email, each providing tweaks and adjustments. Our goal was to brew something substantial (in terms of strength and maltiness) to stand up to the first-use red wine barrels. For microbes, we split the batch between Flemish-type blends from Wyeast, White Labs, and East Coast Yeast. The diversity of microbes will provide variety for future fruiting, blending, and tasting efforts. We currently don't have firm plans on what those will be, the results will dictate that as well as the timing. 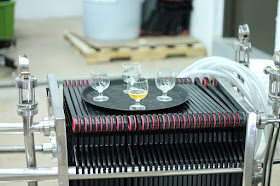 It was the sort of brew day I love, mostly me standing around, taking photos, drinking samples, talking sour beer, and eating banh-mi! Although they did eventually put me to work milling grain for the second 20 bbl batch, scheduled for the following day.

Commonwealth is housed in a former volunteer fire department in a mostly residential neighborhood just a few blocks from the ocean. The roof is constructed from leftover spans from construction of the Chesapeake Bay Bridge Tunnel! They’ve done a great job on the interior to the point I could have believed it was constructed to be a brewery; the three bays are for packaging (with a side-room with an open fermentor), brewing/fermentation, and barrels. The tasting room is also beautifully done with plenty of rough wood, concrete, and big windows looking into the brewhouse (depending on your perspective). 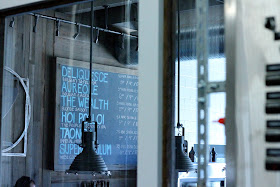 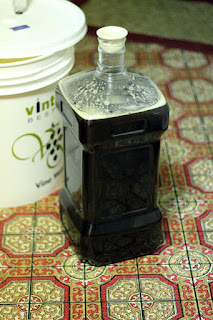 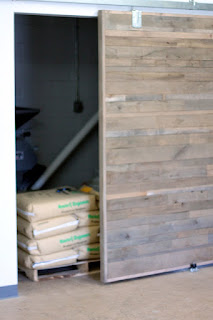 Speaking of the tasting room, the beers already on tap were impressive (thank goodness!) for a brewery still serving many of its inaugural batches. Jeramy and Greg have put together a diverse list that mostly stray from the crowded path. My favorite was the intensely-tropical 100% Brett IPA (Wapatoolie), although that may not count as I've been a huge advocate of the concept for years! I was also fond of their hopfen-weisse (Taonga) – a juicy blend of citrusy hops with understated banana and clove from WB-06. Nice range of strengths as well, from a session IPA, up to a blonde quad. Even their pumpkin ale (Pumpkin Juice) had a twist, based on a cream ale with correspondingly light spicing!

In a fitting cap to the day, someone dropped off a mixed four-pack of Modern Times cans and a shirt for Jeramy. Apparently the coasts really get me! Luckily the mid-Atlantic is a bit easier to visit for the day.

As I learned when Nathan and I collaborated with McKenzie Brew House on Irma, it’s always smart to show up with a sanitized keg or carboy (a few growlers never hurt either)! Greg ran off three gallons of wort for me to take home. It had their house ale yeast already and I pitched Omega Lacto Blend when I racked it to a bucket for primary fermentation. I still need to pitch bottle dregs to up the biodiversity now that I've racked it back into the 3 gallon carboy for aging.

End-of-a-three-day-weekend traffic added a couple hours to the drive back, but I still made it home about 13 hours after leaving. A long day, but well worth the trip! I’ll be making that drive a couple more times for blending and release events, hopefully with time to spend the night down there for a bit of exploration. Looking forward to tasting the beer (name TBD), sometime in 2016!
The Mad Fermentationist (Mike) at 7:22 PM