Here’s a double-tasting of this split-batch lemon Berliner weisse. I added strips of fresh lemon zest to the batch shortly before bottling. I racked the entire batch to the bottling bucket, primed, and bottled half. I then pulled a sample and dosed with True Lemon to boost the citrus flavor. Once I determined the ideal ratio for my palate, I scaled it up, dosed the remainder, and continued bottling.

Appearance – Pours and looks like a macro lager. Hard to get an all-malt beer any paler. Brilliant clarity, but the head retention fizzles within a couple minutes. This was the first Berliner where I added lactic acid to drop the pH prior to pitching, it helped the head retention somewhat without harming the clarity. I was hoping for a better head, but the oils from the lemon may have worked against me. 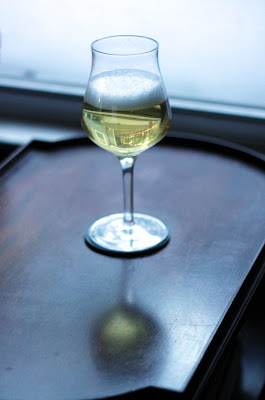 Smell – The nose is fresh, bright, and vibrant. The lemon zest comes through nicely, but it allows some classic Berliner weisse character through as well. Mildly doughy, although that aspect has faded as the beer aged. Brett is subdued, which is more to-style than some previous iterations.

Taste – Refreshing acidity, balanced lemon oil, and hay-like funk. It is mild and drinkable compared to some of my more aggressive Berliner weisses (Batch #4 recently got the stamp of approval from a German friend of the family, although it was also his first example of the style). While more acidity or funk would make for a more interesting beer, this is just an easy beer to crush (sadly this is my last bottle).

Mouthfeel – Crisp and light, without becoming thin or tannic. Firm carbonation, about as high as I’m comfortable with in a bottle conditioned beer.

Drinkability & Notes – The lemon zest brightness is a welcome addition to the base Berliner. Glad an idea that seemed so obvious actually worked so well! It would be an easy beer to serve to someone who enjoys a slice of lemon in their seltzer water. 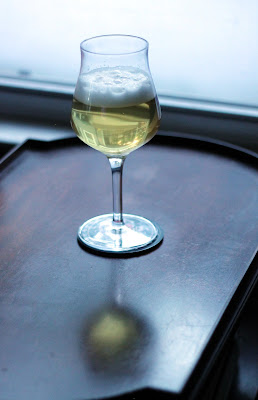 Appearance – Essentially identical. Just as light, clear, and the head falls just as quickly (even a little faster).

Smell – The aroma is big lemonade. Not fresh-squeezed mind you, more Country Time. Not unpleasant or off, but it has that near-artificial one-note thing that “lemon” candy and drinks exude. Sadly that aroma overwhelms the delicate flavors of the base beer. Almost spicy.

Taste – Similar to the nose, big lemon, not much else. The acidity is there at a similar level. A less sweet Mike’s Hard Lemonade (not that I've had one in a decade)? The finish is a bit muddy, not as crisp and refreshing as the other version.

Mouthfeel – Carbonation is slightly lower as a result of the nucleation/foaming that occurred when I added the powder directly to the bottling bucket. Next time I’d dissolve it first. Actually glad it eventually carbonated (it was nearly flat for several months).

Drinkability & Notes – The “True” products certainly hold an appeal in terms of ease, price, and potency. However, I think they would be better suited as an accent in an already flavorful beer (e.g., adding a citrus note to an IPA). Plenty of bottles of this half left…