Here are the final tasting notes from the first round of the “new” Brett species from East Coast Yeast. Today’s tasting is of two beers fermented with Brettanomyces nanus, a strain originally isolated from a bottled beer from Kalmar, Sweden. One batch was a saison, which received the strain at bottling, while the other was fermented with B. nanus, and nothing else. As with the note I gave with the tasting notes for B. naardenensis and B. custersianus, these are just the tasting notes for one strain of what could be a very diverse species.

Al warned me about trying a primary fermentation with this one, citing poor attenuation. The strain struggled, but made it to nearly 70% apparent attenuation. While this doesn’t sound too bad, talking about attenuation alone isn’t enough to tell you how sweet a beer will taste, even holding bitterness and original gravity constant. I mashed the 100% Brett beer at 146 F for 75 minutes, generating a high proportion of simpler sugars thanks to the work of beta amylase. While these shorter sugars taste sweeter than longer sugars and dextrins, they are also easier to ferment, and thus tend to yield a drier tasting finished beer. However, low attenution of a highly fermentable wort will come across much sweeter compared to a beer high in dextrins that is fermented with a more attenuative strain to reach the same attenuation. 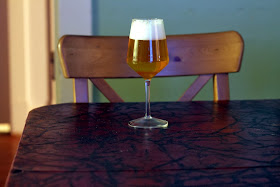 Smell – Big aroma, lots of fresh white grape juice. Floral-sweetness. Some faint earthiness. Not a complex aroma, but there is a lot of it.

Taste – Sweetest of the bunch thanks to only 69% apparent attenuation, but not sticky sweet. It actually goes well with the fruitiness, but the overall result is mediocre at best. The flavor might excel in a beer with a more substantial malt character, or a sweet holiday beer.

Mouthfeel – Fuller than any of the other examples in this series, with medium carbonation.

Drinkability & Notes – It’s alright, but not great. Worked much better in the mixed fermentation where the brewer’s yeast ensured complete attenuation (how the tables have turned). 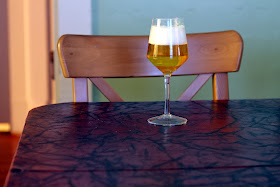 Smell – Nice mix of fruity-floral and funky. The funk isn’t aggressive, but it is a bit stranger than the “classic” Brett bruxellensis – hey and farmyard. It is more mousy, not unpleasant as is, but we’ll see if it increases with more time in the bottle.

Taste – Balanced, spicy (both clove and black pepper), light citrus, and some funk. The finish is dry, but not overly so. Light mineral. A good complementary flavor to the primary saison fermentation.

Drinkability & Notes – Nice beer, interesting flavor, earthy, subtle, complementary Brett character.Yesterday my friend Nate and I brewed a "furlough" saison, adding both Brett nanus and B. naardenensis along with the primary yeast to a portion of it.