Has commercial beer been becoming better or worse? 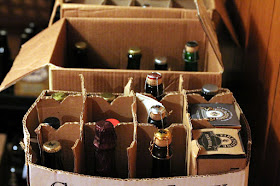 Obviously it is hard to generalize when there are so many breweries, and the selection of beers at the average liquor store or bar has been growing steadily. There are hundreds of new breweries, many of which are being experimental with their recipes and ingredients, while the senior craft brewers have become more established with money to devote to quality control.

Sometimes it seems like brewers aren’t making beer that is quite as good as it was when I started paying attention to craft beer (~2004). I suspect much of that is that feeling is that in the nine years since I’ve sampled so many hyped beers and those from well established brewers, that I usually find myself buying new releases from smaller breweries that may not have their process completely dialed in. Probably not the smartest thing, but I never turn down buying the first beer I see from a new local brewery. Although conversely, I almost never buy a beer from a new brewery on the West Coast (if I haven’t heard of you and you’re already shipping beer 3,000+ miles, there is something wrong).

You’d expect a brewery that stays in business brewing the same beer to do a better job of it as time goes on. Repetition allows brewers to dial in their equipment, process, ingredients to make the beer more delicious when fresh, more consistent, and more shelf stable. Although it seems that some breweries expands too quickly without gaining a hold of their process. Other times the care/process/ingredients that worked originally aren’t feasible on a larger scale.

Even if a brewery is brewing a beer that tastes exactly the same as it did eight years ago, my taste buds have changed. The additional years of drinking and brewing have honed my palate to recognize off-flavor that I was blissfully unaware of before. It could also be that what was a new and exciting flavor/aroma for my young palate has been topped again and again by the beers in the intervening years.

These are small issues compared to the amazing growth of breweries making fantastic beers. There are now dozens of breweries all over the country that are making terrific examples of pretty much every style imaginable, and yet there are always breweries coming up with stunning new flavor combinations. This is thanks to a supply chain that is increasingly catering to craft brewers, brewers pushing their craft, beer-rating websites raising the profiles of excellent breweries, and consumers voting with their money. Hopefully beer quality keeps improving, and we see brewers taking those amazing ideas and turning them into delicious realities.
The Mad Fermentationist (Mike) at 9:10 PM