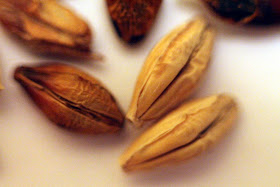 Homebrewing has a host of hotly debated topics when it comes to how to brew: hot-side aeration, dry yeast rehydration, aluminum pots, the need to rack to secondary etc. I’m not touching those with this post. What I want to highlight is 10 things I’ve heard repeated over-and-over again, that annoy me because they either aren't true or don't match my experience. While the internet deserves credit as a great resource to homebrewers, it has also lead to ideas and “facts” being repeated by people who assume they are true "because someone on a message board said so."

1. CaraMunich is made by caramelizing Munich malt.
I've heard a couple people say that CaraVienna or CaraMunich are very different from standard caramel/crystal malts (e.g., Crystal 60) because they are made from Vienna and Munich malt, rather than pale malt. In fact, all of these malts start as green malt (barley that has been soaked and sprouted, but not yet dried). The Weyermann FAQ says: "Caramel malts are produced from green malt (directly after germination) in special designed roasting drums." CaraVienna® and CaraMunich® are simply the copyrighted names for Weyermann’s medium-light and medium-dark caramelized malts. I like them, but find them to be mostly similar to other caramel/crystal malts, although there are certainly subtle flavor differences maltster-to-maltster. 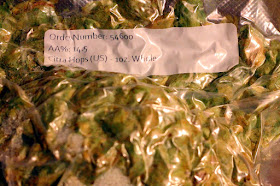 2. Citra tastes pretty much the same as every other “C” hop.
Citra hops contain higher concentrations of two essential oils (geraniol and linalool) than hops like Cascade, Centennial, and Chinook. Yeast activity converts geraniol into citronellol, which along with linalool is a key component of the characteristic flavor that Citra imparts. Leaving the chemistry behind, Citra produces a different aromatic quality with more tropical/melon notes compared to the classic orange/grapefruit flavor of most Pacific Northwest varieties. Stan Hieronymus talks a great deal about hop chemistry  and the creation of new varieties by breeders in his new book For the Love of Hops, interesting stuff.

3. Entering homebrew contests is the best way for new brewers to get feedback on their beers.
Homebrew judges’ primary role is to pick the best beers, feedback is secondary. Judges have to work relatively quickly, describing what they see, taste, feel, and smell within only a few minutes. Beers are often too cold, drank out of small plastic cups, and consumed in a setting not conducive to enjoyment. If flaws are detected it is nearly impossible to give constructive feedback, because the judge doen’t know anything about your recipe or process. If you want constructive feedback, share your beer with a BJCP judge or experienced brewer at a homebrew club meeting. That way you can talk about your process and what you might want to tweak.

On the other hand, competitions are a great place to get blind feedback on what you think are excellent beers. Tasting multiple beers of the same style next to each other allows judges to really tease out the subtle differences in a way impossible at a homebrew club meeting where you might sample 15 beers of 15 different styles.

4. Craft brewers do (insert technique) or use (insert equipment) so homebrewers should aspire to as well.
Many choices are made for commercial production that aren’t worth the effort for homebrewers. The huge volumes and immense pressures of commercial fermentors necessitate different techniques. For example the heat generated by the huge amount of spent yeast in the cone of a cylindro-conical fermentor can cause autolysis in a couple days. The thin layer of yeast at the bottom of a carboy or bucket allows the yeast to live longer, delaying the contribution of off-flavors by weeks or even months, depending on the strain/temperature. Higher pressure also suppresses ester production, so a craft brewer will often get a cleaner fermentation at a higher temperature than a homebrewer. The same goes for equipment, just because breweries use sparge arms, conical fermentors, steam boilers etc. doesn't mean these are the ideal choice for a smaller scale brewer (even if cost weren't a constraint).

5. I can’t taste a difference from (insert process), so no one should bother with it.
The sensitivity of the human tongue and nose to different compounds can be wildly variable. Studies have found that large numbers of people can’t sense diacetyl, for example. Just because you can’t taste the difference between two ingredients or processes doesn’t mean that no one can. What is valuable is learning for yourself what compounds you are or aren’t sensitive to. That way you’ll know what is worth the effort and what isn’t, and what you’ll need to work on even though it doesn’t bother you. Want to know if decoctions are worth it? Brew the same recipe with and without one and see which you prefer. I know many people don't think decoctions are worthwhile, but Jason Oliver (Devil's Backbone - 8 medals at the 2012 GABF) gave Nathan and I this quote for the Jan-Feb BYO article we wrote about dark lagers "Also, if you tell me that specialty malts can create the same flavors [as a decoction], please give me the formula." With that said, I'm sure there are cases where brewers are wasting time/money on things that almost no one can taste, that's where a large double-blind study would come in handy.

6. Kegging is a huge timesaver over bottling.
I really enjoy kegging. I think it's especially valuable for beers I want to serve quickly, and the ability to flush with CO2 keeps my hoppy beers fresher longer. The ability to control and adjust the carbonation as you drink. However, one advantage kegging doesn’t have is saving much time compared to bottling. While it allows you to spread out the tasks over several days, the total time spent is similar. Sure kegging feels fast when you sanitize a keg, rack a beer into it, snap the lid on, and hook it up to the tank, but you had to clean that keg after it kicked, disassemble the tap/lines for cleaning and sanitation, run to the store to fill your tank with CO2, clean your kegerator etc. I’m not saying it isn’t worthwhile, I’m just saying time savings isn’t one of the primary advantages. 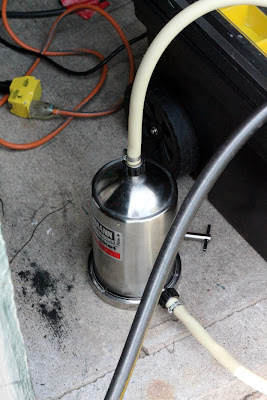 7. How hop-backs work.
I've read a huge number of posts by people looking to use a hop-back in ways that negates its benefits. For example, pumping wort through the hop-back and returning it to the kettle, or using it on the wort after chilling. I'm not suggesting that these are completely ineffective ways to add hop character, but they will not accomplish the same thing as a hop-back where the hot wort passes through the hops on its way to the in-line chiller, and then the fermentor (as I did with my third batch of Fortunate Islands). The correct configuration allows the heat to extract essential oils from the hops, and the chiller drops the temperature before they are destroyed or driven off.

8. Brettanomyces makes beers sour.
Too many people think that because a beer is fermented with Brett, it will be sour. Brettanomyces (a yeast) produces hugely aromatic esters and phenols, but very little acidity. In a sour beer it is bacteria like Lactobacillus and Pediococcus that are responsible for producing the lactic acid. When exposed to oxygen, Brettanomyces can produce a small amount of acetic acid, but in a vinegary beer it is usually Acetobacter doing the heavy lifting. As a result, 100% Brett beers are usually no more sour than a beer fermented with brewer's yeast. I suspect much of the issue is beer nerds who don't brew, writing negative reviews of 100% Brett beers for being too clean, but I've heard similar complaint from some homebrewers who have entered their 100% Brett beers in BJCP competitions!

9. Sugar should be included in recipes as a percentage by weight of the grain bill.
The percentage of sugar (table, candi, brown, maple etc.) added to a recipe by weight is a relatively meaningless indication of its contribution. For example, let’s think about a Belgian tripel with 20% beet/table sugar by weight. Is that a good amount? If I get 85% efficiency from my mash of Pilsner malt, the sugar works out to 26.5% of the fermentables. If the mash ended up with only 60% efficiency on the other hand, we’d be getting 33.6% of our fermentables from the sugar. Dealing with sugar as a percentage of the fermentables, rather than weight, is the best way to think about the amount you should be adding.

10. Boiling wort for a long time caramelizes it.
The temperature (~213 F at sea level) experienced by the wort during a standard boil isn’t hot enough to significantly caramelize the sugars; of the common sugars, fructose has the coolest caramelization temperature at 230 F. On the other hand, the temperature of the boil is hot enough for Maillard reactions, which result from the reaction of sugars and amino acids and produce similar results to caramelization (darker color and complex flavors). Still, the flavor contribution from adding 30 minutes to a boil are generally rather slight. German hefe-weizens are often boiled close to two hours, lambic/gueuze closer to four, and neither is thought of as especially richly malty. Boiling the first runnings to syrup, or a concentrated boil accelerate the Maillard reactions considerably. As I suggested above, try it for yourself to see if it is worth the extra fuel/time.

Those are the 10 myths that came to me during the last week of thinking about this post. Happy to hear any additions that anyone else has in the comments!
The Mad Fermentationist (Mike) at 8:16 PM