What is your favorite base malt? 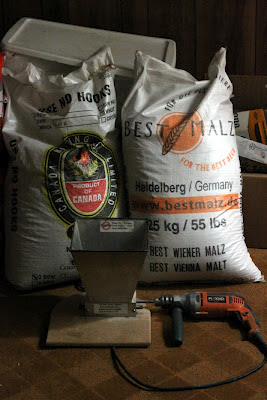 The ability to select the ideal base malts for a given batch is one of the biggest advantages to brewing all-grain. It allows you to brew beers that possess subtle malt flavors, where extract brewers often have to rely on heavy-handed specialty malt additions for character. Even within the categories listed in the poll, I imagine many brewers have strong preferences for a certain maltsters’s version of their favorite malts.

For the purposes of this poll, I defined base malts as any grain that contains enough amylase enzymes to convert its own starches into fermentable sugars (while I have heard some darker grains, like Aromatic, can do this trick given enough time, I have not heard positive things about the results). While there are some malts made from grains other than barley that appear on the list, these grains (wheat, rye, and oats) only accounted for 2% of the votes combined. Malting barley has just the right amount of protein and husk material to easily produce beers. As a result of its popularity there are also more varieties and toasting methods employed in their production.

As much as I enjoy brewing with a new variety of malt, buying in bulk is simply too cost effective for me to ignore. There are four malt that I tend to buy bulk. I use Maris Otter in English ales and dark American beers where the darker toasting provides more maltiness than lighter American pale “2-row” malt. Before I had enough storage space I used Maris Otter for all of my ales, but the softer/mellower flavor of American pale is now the base for most of my hop-forward beers (I even like it in dark Belgian beers). German Pilsner is so clean and crisp, perfect for pale Belgians and most lagers (other than those based on Vienna or Munch). I also buy a sack of wheat malt every year to provide its doughy flavor to Hefes and Berliners (and add some extra protein to other beers).

In addition to those four, I buy other grains in bulk if I know I’ll be using a large amount of them. Such as Munich when we filled our Apple Brandy Barrel, or most recently a sack of Vienna so I can brew multiple variations of the Dank Amber IPA recipe I’ve been developing.

For the 10 people who answered “Other” what did I leave off the list? English varietals (e.g., Optic), French Pils, or Kolsch Malt? I'm glad to see the number of base malts rising. For example, Weyermann recently started making oak smoked wheat malt, the key ingredient in Grätzer/Grodziskie. Between Stan Hieronymus's Brewing with Wheat and Evan Rail’s Why Beer Matters I’ve been inspired to brew one.
The Mad Fermentationist (Mike) at 9:30 PM