Why come to market with yet another American pale ale when there are so many well-made, reliable versions already available? Probably 75% of the breweries and brewpubs in this country make some version of the signature style of the American craft beer movement. There are so many other flavor paradigms to explore, why would we pick a style that has already been picked-over? Well there aren’t many pale ales like this one. At Modern Times Jacob and I are hoping to produce a malty, hoppy, pale that can give IPAs a run for their money aromatically. Inspired by beers like Three Floyds Alpha King, Alpine Hoppy Birthday, and Hill Farmstead Edward. 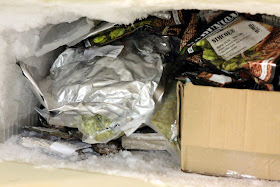 The grist for this test batch was based on Jamil’s APA from Brewing Classic Styles. Maltiness comes from Munich and Victory, and a head retention boost from wheat malt. For whatever reason Victory has never been one of my go to malts, but its crackery flavor should enhance the relatively bland pale 2-row base. No crystal malt, trying to keep the balance similar to dry West Coast IPA. I’m hoping to have enough breadiness to catch glimpses of it through the hop forest.

As a jumping-off point I borrowed the hop bill from my favorite batch of DIPA (Simcoe, Columbus, and Amarillo), but adjusted the timing of the additions to suit the more slender base. I hop-bursted, waiting to add the first charge until there were just 15 minutes left in the boil. In addition to a big flame-out dose I stuffed the hop-back with nearly four ounces of whole hops. A similarly sized addition will be added to the keg. Despite around 50 IBUs, this beer should not be harshly bitter owing to the lower perceived bitterness of late additions.

This was a slightly larger batch than normal, which allowed me to divert one gallon of the chilled wort into a jug where I pitched yeast I had cultured from a can of The Alchemist Heady Topper (their English origin house strain lends a nice peachy counterpoint to the massive hopping of their deservedly hyped DIPA). After pouring the beer into glasses I added about a half cup of wort to the can and covered with sanitized aluminum foil. After seeing good activity two days later I poured the entire contents of the can into a flask of .5 L of fresh wort for a few days on my stir-plate. The rest of the batch received a thin six ounces of WLP001 slurry harvested from Hoppy Wheat #2 that morning.

Both versions are fermenting well, and should be ready to keg/bottle in a couple weeks.

Water cut 50% with distilled, 8 g of gypsum and 5 g of CaCl added to the mash and sparge total.

Collected 7.25 gallons of 1.052 wort. Extended the boil as a result of issues with the hop back. All hop additions were bagged. 0 minute hops added to to the kettle for about 10 minutes before chilling started.

Collected 5.25 gallons of wort at 1.062. Diluted with 1 gallon of chilled distilled water. Still only got down to 74 F. Split a bit less than a gallon into a glass jug.

Left both at 66 F to ferment. I left the AC off overnight accidentally and the temperature got up to 69 by the time I realized it the next morning and cranked it down to 63. Already fermenting well by then.

9/17/12 Tasting of both versions. Turned out well, but a bit maltier than I wanted. The Alchemist yeast gave a surprising amount of fruit and spice, interesting, but a bit over-the-top.
The Mad Fermentationist (Mike) at 9:46 PM