Every once in awhile I brew a beer that flat out sucks, not because of a process error, not because of an infection, but because I make a mistake when designing the recipe.  In general this blog has been a record of my successes as a homebrewer, but today I thought I'd take a look at a few of my "oops" batches.  A couple batches I've posted about in the past have turned out less than stellar (infected Foreign Export Stout, and First Batch of Lambic for example), but they have been the result of microbial issues not recipe design; the blame for the three batches below falls squarely on me.  Hopefully a few of you will be able to glean some information from my failures that will help you avoid the same pitfalls.

In general I've had mediocre to poor luck with "concept" beers, my Oatmeal Cookie Beer being the prime example.  My father is a big oatmeal raisin cookie fan, so back in 2006 I decided to try brewing a beer for him with similar flavors as a Christmas present.  I started with a relatively standard brown ale base and added home toasted oats, brown sugar, raisins, vanilla, cinnamon, nutmeg, and toasted walnuts (sounds good right?).  The flavor wasn't terrible (although it wasn't great either), but what really killed the drinking experience was the complete lack of head retention and the oily mouthfeel both due (I suspect) to the fat in the walnuts.  I knew something was wrong when the beer fermented without a krausen, who knew that 1 cup of ground walnuts in the mash would provide enough oil to have such an impact?  Lesson: Be careful when adding fatty ingredients to a beer. 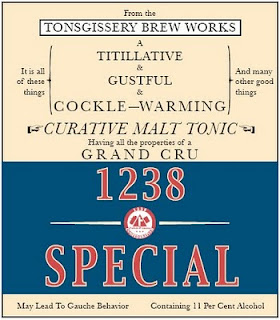 One of the beers that got me into "good" beer early on was Ommegang Hennepin, the subtle ginger flavor really struck me (especially since I was into Jamaican ginger beer/ale at the time).  My friend Jason and I wanted to do something a bit more "interesting" though, and when you are first brewing that means strong.  We took a clone recipe from BYO and increased the malt/sugar/hops by 50% to make it closer in strength to a Belgian Strong Golden.  The recipe suggested 1 oz of dried ginger (we upped it to 1.25 oz), which turned out to be far too much, especially because I used ultra-potent ground ginger that I picked up at Penzeys shortly before brewday.  Farmhouse Ales suggests only .5 -1.2 g of ginger in 5 gallons of saison (I had good luck with the saison I brewed for my Cable Car clone falling those guidelines).  After choking down most of the batch I am still sensitive to the flavor of dried ginger in beer to this day.  Lesson: Don't trust any recipe, even if it is from a "reliable" source. 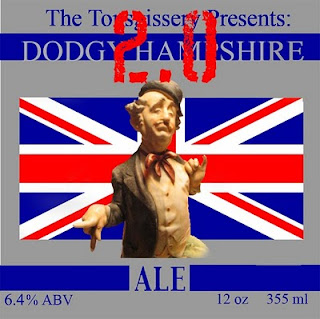 The first all-grain batch I brewed was a English Pale Ale named Dodgy Hampshire with my second brewing partner (and my buddy since 3rd grade), Jason.  It was so good that soon he and I brewed a second version, this time adjusting our local water to match Burton-on-Trent (specifically by adding gypsum and Epsom salt to get close to 800 ppm sulfate).  Needless to say the beer came out tasting like harsh mineral/chalky flavor that made it almost undrinkable.  I still have a couple bottles and I think the minerals dropped because it is a much more balanced, drinkable beer today than it was back 4 years ago.  I had a nearly identical experience with a Westvleteren 8 clone I brewed using the water listed listed for the brewery in Brew Like a Monk (even though I reduced the bicarbonate to make it easier to work with).  Lesson:  Don't emulate a classic water profiles.

Luckily these failed batches have been few and far between, and each one has taught me a lesson about recipe design, ingredient selection, or water adjustment.  If you have a brewing FAIL you'd like to share please leave a comment letting everyone know what went wrong (and hopefully what you learned).
The Mad Fermentationist (Mike) at 9:01 PM