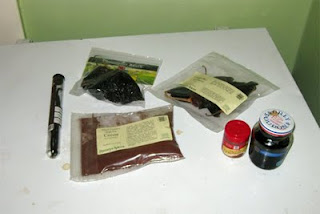 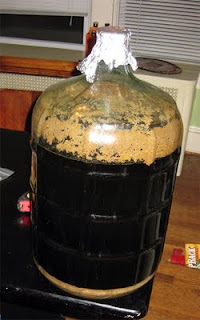 Well not all in one beer, obviously.  Two weeks ago I racked my Breakfast Stout Riff Imperial Stout to four 1-gallon jugs and added the flavorants.  Then yesterday I bottled the four gallons of finished beer (ended up with about seven 12 oz bottles and a bomber of each).  My samples of the variants at bottling were very promising, all of them seemed to have a good balance, but carbonation and time will help them along. 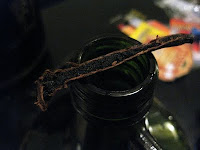 I didn't do anything to sanitize the additives, I'm relying on the ~10% alcohol and ~45 IBUs that the base beer to provide its own protection. 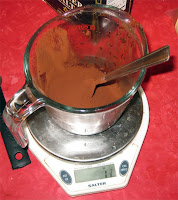 For the "Dessert" portion I added 1.5 oz of cocoa powder, made into a paste with hot water, along with 2/3 of a split Moroccan Vanilla bean.  I also decided to add .5 oz of bourbon (Makers Mark) soaked oak cubes to compliment the vanilla flavors (artificial vanilla flavor is made from wood). 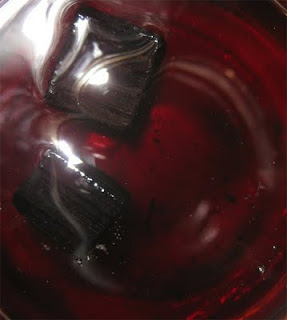 The "Canadian Breakfast" portion got a touch less chocolate paste (1.375 oz), along with 2 oz of the bourbonized maple syrup, and 1.25 oz of the cubes that had been soaking in it (which spent several months in bourbon before that).  24 hours before bottling I added 2 oz of whole El Salvadorian coffee beans to the fermenter.  That is about double what I would normally use because of the lower surface area (in the past I have done coarse crushed beans), if nothing else it made transferring the beer off the coffee much easier.

This is the only one that saw significant fermentation in secondary, it also had by far the largest yeast cake in the bottom of the fermenter.  I am hoping that the sugars from fermentation were completely fermented out before I bottled, despite the fact that it was pretty cold in my basement the last few weeks. 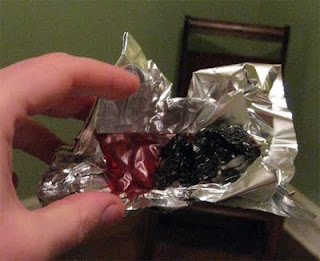 The "Mexican" portion got a got the least cocoa (1.125 oz) I mixed the 1/4 tsp of ground cinnamon into the paste as well.  The dried chiles (1/2 ancho, 1/2 guajillo) were thrown is as well along with the remaining 1/3 of a vanilla bean from the Dessert portion.

Next to the three flavored stouts the plain portion tasted pretty bland, but it will be interesting to try next to the other three.  In particular I am looking forward to seeing how it tastes once it has some age on it, and as a control to see just what characteristics are from the coffee/chocolate, and what is from the roasted malts.
The Mad Fermentationist (Mike) at 10:13 PM