Any long-time readers may recall my interest in the original Russian Imperial Stouts – brewed in England with four malts (pale, amber, brown, and black) plus caramelized sugar. Fermented with English ale yeast and Brettanomyces. They bear about as much resemblance to modern pastry stouts as the original English-brewed IPAs do to today’s hazies and milkshakes.

Of the many recipes from this blog that we’ve adapted to the big system at Sapwood Cellars (Atomic Apricot, Cherry Wine, Tmavé Pivo, Scottish Stout, Cheater Hops, Saphir Pilsner, Berliner etc.) my Courage RIS-Inspired is probably the one I was most excited about! We closely followed the original recipe from 2007 (which I preferred to the 2016 rebrew). Last summer we released the base beer (Lord Rupert Everton), followed last fall by Lord Rupert Barrelton which had a quick dip in barrels that held Cognac Finish Rye Whiskey from Sagamore Spirits.

After refilling the barrels from kegs of the same base beer, we pitched the same strain of Brett I used for the original, WY5110 Wyeast Brett anomalus. It's been out of production since 2007, but I asked everyone I could think of (starting with Wyeast) and no one had the strain available… French microbiologist Christophe Pinchon to the rescue! We’d already gotten “his” Willner Brett strain second hand for our gose (Salzig). The culture he sent started up quickly and I pitched half of an active 2L starter into each 80 gallon barrel in September… then not much happened. The Brett didn’t produce any CO2 or reduce the gravity over six months. Originally, we planned to bottle the beer once it stabilized, but without any apparent fermentation we decided we were better off kegging the beer as Sir Rupert Barrelton. 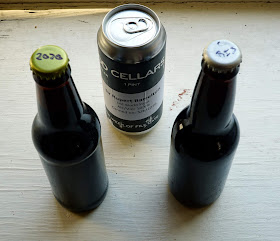 Smell – Loamy, with fresher notes of Tootsie Roll (from the malt) and coconut/vanilla (from the barrel). I really have a hard time figuring out it that earthy note is Brett, or just mild oxidation from time warm in the barrels. The spirit-character is relatively subtle, but is enough to immediately make it clear this isn’t an authentic take.

Taste – Smooth flavor without any sharpness from the roast. The Maris Otter and Amber malt help to fill-in the background of the black malt. Plenty of baking soda prevents the roast-acidity that can cause stouts to become acrid. The dark candi syrup brings a subtle dark fruitiness without being obnoxiously raisin/plum like dark crystal can be.

Mouthfeel – Not as thick as stout drinkers are used to (I’ve seen some stouts finish above 1.080 now… and I used to think Dark Lord’s 1.060+ was absurd)! Low carb, just how I like by big/dark beers.

Drinkability & Notes – It’s a unique beer compared to the other more “modern” stouts we brew. The “reasonable” FG of 1.026 makes it easier to drink than the typically sweeter ones. I like the depth of the combination of barrel-character and malt. The age/Brett give it additional complexity. If you are in Maryland and want to try the beer we'll have it available in crowlers the next month or so.

Changes for Next Time – Maybe it was the alcoholic boost from the barrel that prevented the Brett from doing more? Better to use more neutral barrels, or stainless with oak barrel-alternatives. We refilled the barrels with a riff on my Big Funky Ale and pitched additional microbes. It would be fun to try making our own invert no.4 to replace the dark candi syrup. 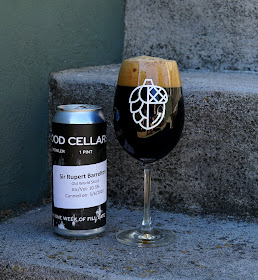 Smell – Brett (cherry, funk, dusty). The Brett C really covers up the malt almost completely in the nose. Blind I suspect I’d lean towards calling it an Oud Bruin.

Appearance – Black with dark-brown edges. Big tan head that is held up by the carbonation for a few minutes before deflating.

Taste – Stout-ier than the nose, with some cocoa notes. However, the Brett is still the primary flavor. Some nutty (almost peanut brittle) flavors from the malts. Moderate bitterness.

Mouthfeel – Carb is similar to what I remember, higher than I’d prefer. A little thin, although once the carbonation is swirled-down it improves.

Drinkability & Notes – It’s a bit beer with a lot of funk, plenty of alcohol, and a bit too much carbonation, not exactly a beer I (or many) would drink quickly. 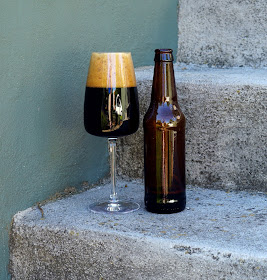 Smell – Oaky. Unlike Sir Rupert, it is the wood rather than spirit coming through. Not damp basement, and not Home Depot lumber aisle either. Just a pleasant vanilla-sugar cookie woodiness. A hint of licorice. The roasty-toasty malt is there, but is subtle. Like Sir Rupert the Brett is restrained, honestly makes me more confident that the Brett really did do “something” in the fresher beer.

Taste – Every bit as good as it was 10 years ago. Cookie-toasty, vanilla-oaky, cocoa-roasty, and leather-earthy. It is relatively dry for a beer this big, but the bitterness is mostly gone too. I don’t get any wet paper, or any other signs of detrimental oxidation.

Mouthfeel – The body a bit thin, but considering I brewed it when I was 24 and I’m 37 now I can’t complain! A testament to my beginner's luck… and metabisulfite. Carbonation is low, but I wouldn’t mind if it was even lower.

Drinkability & Notes – What can I say about a beer I brewed more than 1/3 of my life ago? The other two are good beers that I enjoy, this one is something special. A huge range of flavors that all work in unison. Sadly this is my last bottle. 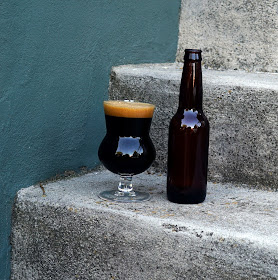 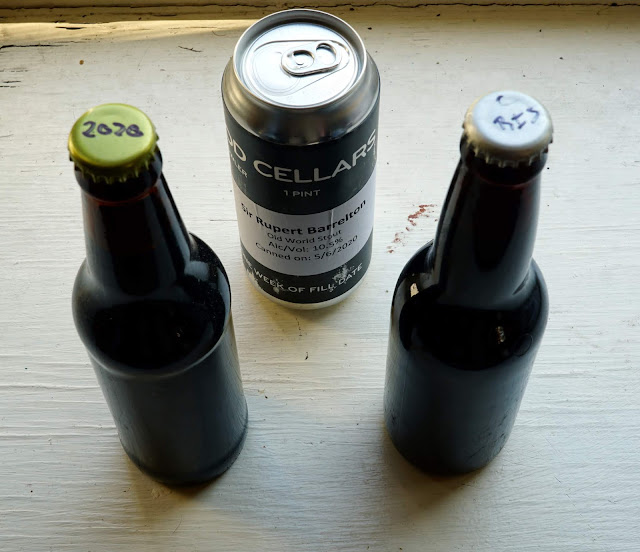 The Mad Fermentationist (Mike) at 7:40 AM