In July 2018 I made a poster illustrating the connections between breweries. I've expanded and updated it a few times since then, both thanks to people who have commented with suggestions and because big breweries haven't stopped buying smaller breweries. Below is the most recent update. As always let me know if you see anything incorrect, but please include a source confirming it. 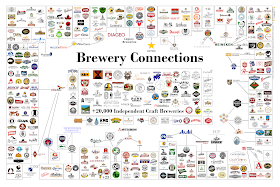 Higher resolution image - Prints are available from my web store.


The biggest change since my last update two months ago was the purchase of New Belgium (and Magnolia) by Kirin/Lion. Other big news included purchases by Legacy Breweries (Ninkasi's parent company) of Laurelwood, and Aspen in pursuit of buying 15 breweries by the end of 2020. AB InBev purchased the remainder of Craft Brew Alliance (Kona, Red Hook, Cisco, Widmer etc.) up from 31.5%.

I added some smaller ownership groups around the center box, both craft breweries who own other craft breweries, and private equity firms that own a brewery in their entirety. I've also tried to replace the bigger breweries outside the US with smaller breweries that would be more easily confused for independents.

As always my goal isn't to tell anyone what beer they should buy/drink, only to provide information. There are a wide variety of situations represented along the outside of the chart, and there is a big difference between a brewery owned by Duvel Moortgat and one owned by AB InBev. Personally I do my best to support small local breweries where the owner is personally involved. Then to independent regional breweries, then to independent national breweries, on to the private-equity-backed conglomerates, and finally those owned by big beer (whose interests, lobbying, and sales practices often hurt small breweries).

There are also a wide range of situations that I haven't found a way to represent on the chart. For example the breweries that are owned in part by private equity firms (Abita, Stone, Schlafly, Unita, Weyerbacher, and Lord Hobo).

How did you choose which breweries are in the center box?
Why is Sol under Heineken, isn't it owned by MillerCoors?
What is that weird symbol above the Trappists? 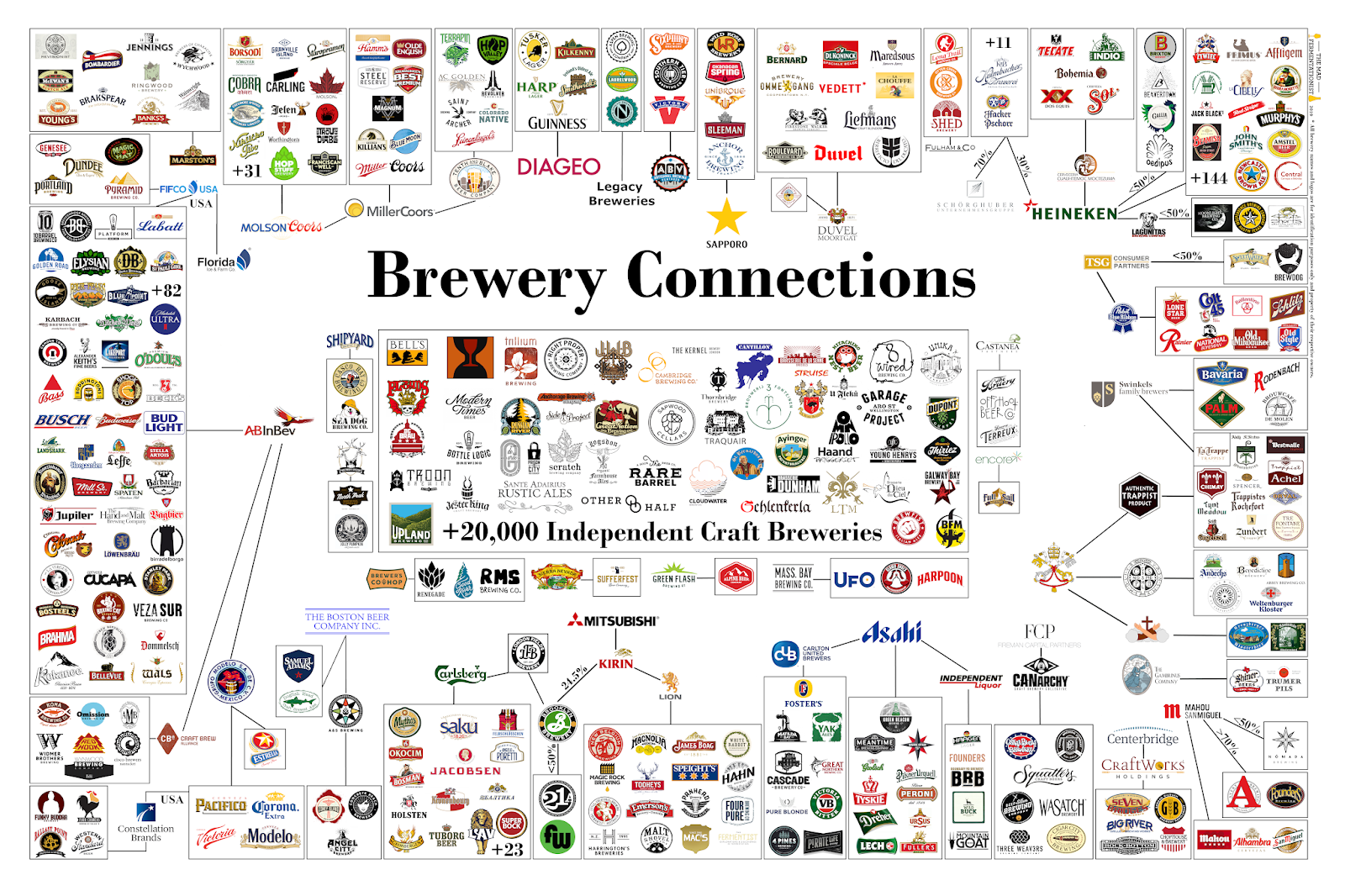