Brewing beer at home changed the course of my life. At first it was merely a fun way to explore my drink of choice, and an excuse to hang out with friends. As time passed it became a larger part of my life, a side-hustle, a reason to travel, altered who I am. I always hated public speaking… until I figured out that I’m engaging when I care about the material. I was never passionate about reading, researching, and writing, until they meant I could learn to brew better beer and share my passion. I met many of my friends at homebrew club meetings, through this blog, and homebrewing forums. I worked a boring government desk job for 12 years, until brewing allowed me to open a business! 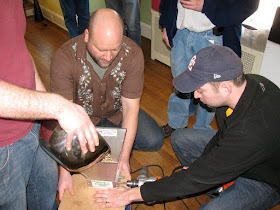 That’s why I'm sad that homebrewing is on the decline in America. I see it at DC Homebrewer’s meetings, where there aren’t nearly as many fresh faces as there were five years ago. The closures of retailers, like the recent announcement from Love2Brew. The surveys from the American Homebrewer’s Association gives hard numbers: from 1.2 million homebrewers in 2013, to 1.1 million in 2017.

By the early 1990s most parts of the country had a selection of bottled craft beer from the likes of Sierra Nevada, Boston Beer, not to mention a few local breweries. No longer were beer drinkers limited to macro lagers and stale impotrs, because hoppy pale ales, malty browns, and roasty stouts were available coast-to-coast. I've met a few former homebrewers who thought that was enough selection to make homebrewing superfluous. There were still plenty of people who wanted to drink a wider range of styles though, and that still meant brewing their own. 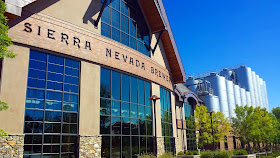 A decade later with the opening and expansion of breweries like Allagash, Dogfish Head, New Belgium and hundreds more, the selection and availability of craft beer had exploded. You could find wit, kolsch, imperial stouts, apricot pale, IPA and a multitude more everywhere. Most cities had stores where you could pick from hundreds if not thousands of bottles. Again, some homebrewers didn’t see the need to keep brewing when they could drink a solid example of pretty much any style. Still though, many homebrewers wanted greater variety, unique flavors, and ultra-fresh beer. 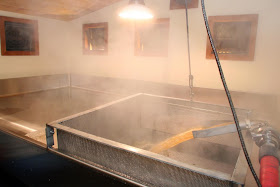 Now we’re in another slide. With more than 6,000 breweries spread across the country, most Americans can take a short drive to visit a different brewery tasting rooms every week for a few months without repeating. Not only that, but the old model of four core beers, four seasonals, and a couple special releases is  gone. Many breweries are producing 50 or more beers each year. The variety is staggering, and again many former homebrewers are happy to reduce their risk/effort and sample as many new beers as they desire. Not only is homebrewing suffering, but so are many of the breweries from those previous waves… Smuttynose, Green Flash etc. 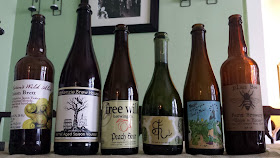 In the chart below, the red line represents Google searches for "Brewery" the blue is "Homebrewing." December 2008 is the closest they have been (29 to 13), while July 2018 was the furthest (100 to 5). That's to say that while search interest in breweries has more than tripled over the last ten years, during the same time interest in homebrewing has dropped in half.

Where does homebrewing go from here?

There have always been different types of homebrewers, different reasons they brew. There will always be homebrewers. Those who brew not to save money, or drink the “best” beer, but who love the process. Those who are passionate about recipe design, microbiology, botany, community. engineering, culinary techniques, and experimentation. For them craft beer is a source of inspiration, but not a replacement for the hobby!

I don't view automated homebrewing systems as a threat to traditional homebrewing or a big boon for the hobby. If I hear one more new product that bills itself as the “Keurig” of beer… I’m going to lose it! It isn’t even like Keurig is synonymous with high quality coffee. I just don’t see any product that makes brewing that easy gaining a strong foothold because brewing beer involves more care than coffee and to-the-minute freshness isn't as important. You can buy a six pack at the store for less than it takes to brew these, and enjoy a bottle each night. The automated systems will always make beer that isn't as good as commercial, at a higher price-point. Not that automated wort production isn't appealing (and useful) for homebrewers looking to devote less time to the process.

If this time is like the previous two lulls, homebrewing is due for another bounce. Maybe the continual push for novelty in craft brewing, extra-bold flavors, and lack of true originality turns people off. Lack of quality, high prices, poor quality control, beer that sits too long before being sold… honestly now that I know how good IPA tastes within a month of brewing, I rarely buy a six-pack off the shelf. Hopefully as more consumers become accustomed to really fresh beer at tasting rooms, they get interested in brewing it for themselves! Maybe the greater number of people drinking craft beer simply gets more people interested in brewing.

The second option is decline. As quality beer becomes more accessible the price will be pushed down, making it an even more attractive option for marginal-homebrewers. Homebrewing becomes an even more specialized/nerdy hobby, and we lose out on the vibrancy that new hobbyists bring.

My best guess is that we're reaching stasis. There won't be a return the levels of excitement and engagement we saw ten years ago. There will still be plenty of people who drink craft beer, and try their hand at homebrewing, but only enough to replace all of the homebrewers who stop to drink craft beer or join the industry.

Drinking beer wouldn't have done the same thing for my life as homebrewing. An active engagement with brewing is the best way to really understand and appreciate beer. It caused me to learn and grow in areas that aren't really connected to beer or brewing. I understand that drinking a beer and checking in on Untappd is no-risk (I wrote a couple hundred reviews on BeerAdvocate), but it doesn't really lead to anything. Drinking beer is a diversion, brewing beer can change your life! 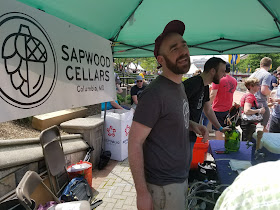