Every few years there seems to be some radical underpinning of the brewing word that comes under assault. Remember olive oil instead of oxygen? Saisons fermented above 80F? Dark candi syrup the key to dark Belgian beers? Dry hopping during fermentation? After the debate calms down sometimes brewer's shift their process en masse, and sometimes most of them say it isn't worth the expense/effort/trade-off. 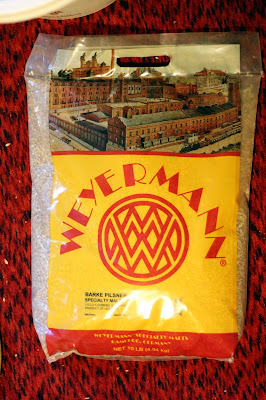 Two things I love about homebrewing are the passion it stirs up, and the flexibility it allows for testing novel techniques. After my friend Trevor talked my ear off about it, I read the German Brewing Forum's collaborative treatise on low dissolved oxygen (Low DO) brewing, The elevator pitch is that to mimic the character of large/classic German breweries (who steam purge equipment and deaerate brewing water) homebrewers need to go to great lengths to limit oxygen pickup on both the hot and cold side. This includes pre-boiling water, dosing oxygen-scavenging sodium metabisulfite, underleting the mash, and spunding their kegs. The supposed payoff is a near mythic German “it” maltiness that Ayinger, Paulaner, Weihenstephaner et al. create that you never taste from craft-brewed examples of helles, dunkel, bock etc.

I decided it was worth a try!

The problem with the method is that, according to the authors, even slight deviations may render the rest of the effort worthless. As little as 1 PPM of oxygen for a few minutes is enough to destroy all of that hard work! I did my best, but didn’t have the effort to go entirely on-method. On the hot side, I used a copper wort chiller (cleaned with StarSan to remove most of the tarnish) instead of stainless steel. On the cold side, I did a more modern lagering method warming rather than cooling towards the end of fermentation to ensure complete attenuation.

The other problem was that I misunderstood the amount of metabisulfite to add. I executed a no-sparge mash as suggested to avoid the risk of aerating during the sparge. The problem was that I dosed my entire mash volume with the rate of campden that they called for (100 mg/L), without accounting for the lower rate (10-25 mg/L) suggested for the sparge. Apparently I wasn't alone because version #2 of the treatise suggests 55 mg/L metabisulfite for no-sparge brewing.

To throw another variable into the mix, I used Weyermann Barke Pilsner for the first time (a sample from BSG, thanks!). This is a new release, an heirloom malt that is lower yielding in the field, but supposedly fantastic to brew with. It is said to replicate some of that elusive maltiness that is difficult to capture for non-German brewers.

The recipe is somewhere between a Pilsner and a Helles (with the other half currently fermenting as a Brett/beet saison, more on that some other week...) 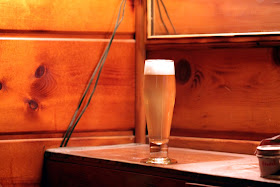 Smell – Mostly clean aroma, just a hint of gentle yeasty-apple-fruitiness. Nose isn’t especially malty, I might have confused it for an American Premium if I didn’t know what I was being served. Appropriate waft of sulfur, not out of place. Luckily a "peanut butter" aroma it had early in lagering is gone.

Appearance – Pretty white head, good retention and lacing. One of the palest beers I’ve brewed given the avoidance of Maillard reactions in both malting and brewing. Moderate haze, not off-putting.

Taste – First wort Saphir hops provided a pleasant bitterness with some faint herbal notes. The finish exhibits big doughy malt, more reminiscent of a no-boil Berliner than anything else I’ve brewed. Finish has a hint of chemical-bitterness.

Mouthfeel – Light and crisp, as expected given the low OG. Firm carbonation.

Drinkability & Notes – A solid beer? Sure. Unique? I think so. Worth all the extra effort? Not for this batch anyway! It’s actually one of the lagers I’ve enjoyed least from my last few years of brewing. Not that I brew many, but the lingering flavor isn’t one that calls out for another sip.

Changes for Next Time – Adjust the sulfites to be more in line with the clarified suggestions reduce by 50%). Try going all-in on the Helles recipe, including some caramel malts to see if their flavor shines as noted. 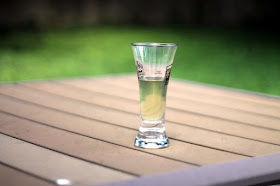 Boiled 18 gallons of water (half distilled, half filtered DC) added 12 g of CaCl and 1 tbls of 10% phosphoric acid. Chilled to 160F, added 15 campden tablets (6,600 mg sodium metabisulfite for 68 L, about the 100 mg/L suggested), crushed. Underlet mash after purging under false bottom with CO2.

Poorer than expected efficiency, likely thanks to a less vigorous crush, brief recirculation, and no sparge.

Chilled to 72 F and transferred 6 gallons out and pitched the Bootleg Biology "Mad Blend." Left at 65 F to ferment. Not aerated initially. 15 seconds of pure O2 after 3 hours, and 6 hours.

Chilled the remaining to 58 F (underestimated the amount of ice needed) and pitched 34/70 (rehydrated, then given an hour on a stirplate with 2 L of diverted wort, and then another hour in the fridge at 48F to acclimate. Not aerated initially. Left at 48F. 15 seconds of pure O2 after 3 hours, and 6 hours. Upped to 52F after 18 hours to ensure it starts quickly.