One of the wonderful things about the skyrocketing count of American breweries, is that more can be specialists! Most areas no longer need another local brewery that focuses on pale ales or blondes for gateway drinkers. The key will be thinking like a restaurant, rather than a manufacturer. If we can support 600,000 restaurants, I see no reason we couldn’t support 1% as many breweries, but it’ll require finding niches, focusing on local (direct sales), and differentiation.

My long-time friend and co-conspirator Nathan Zeender (now the head brewer at Right Proper) has done a fantastic job of just this! They brew beers that few others brews (e.g., Ornette/Ornithology a sub-4% ABV saison, The Lubitsch Touch a smoked pale lager, and Baron Corvo a mixed-fermentation foeder biere de garde), and are having wonderful results! That isn't to suggest they are catering only to beer nerds; walk into the Shaw brewpub on a Friday or Saturday night and you won't see many people checking into Untappd. The response has been so good that they opened a production facility and tasting room in Brookland earlier this year. They’ve carried many of the same beers forward, meaning that they are available at bars and restaurants in DC and now Montgomery county, MD. 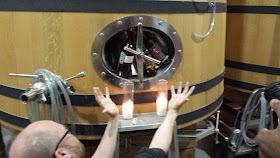 The series of beers that seem to have received the most attention from beer nerds are their quick sours. Rather than sour mashing or kettle souring, Nathan and Chris have developed their own house souring culture. It evolved from BSI's Lacto, and I think there were some other cultures added over the last few years. The key they learned was to skip kettle hopping. They pitch the culture at 110F and allow it to cool naturally. Nothing else is pitched, so there is yeast in the culture, but it must be heat tolerant given the clean flavors of beers like Kick Kick Snare and Diamonds, Fur Coats, Champagne. While it is quick, the process doesn't require the amount of time and resources that heating and cooling a beer twice (before and after souring). Nathan also prefers the method as it avoids committing "genocide on millions and millions of healthy Lactobacillus." Listen to a visit with Nathan on Basic Brewing Radio. 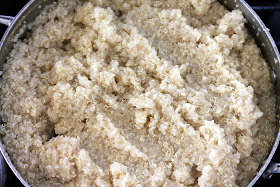 Nathan was kind enough to pull a sample of the culture into a sanitized growler for me so that Alex and I, in a rare non-funky-dark-saison collaboration, could run it at home. We added 5% quinoa to the mash for extra protein - inspired by a few beers I've tried from Scott Janish. The local co-op didn't have flaked, so I went with standard which requires pre-boiling to gelatinize its starch. Otherwise a quick brew day with such a warm pitching temperature.

After fermentation, I dry hopped with a couple ounces of 007: The Golden Hop (a new hop variety previously called Idaho 7). You’ll be seeing more new and experimental hop beers from me over the next few months thanks to a box of lesser known and unnamed varietals from Yakima Valley Hops. I finished off this beer with 24 hours on strips of grapefruit zest (removed with a vegetable peeler and then scraped with a spoon to remove the pith) the day before kegging. This was a somewhat twisted version of our collaborative Kodachrome Dream(ing), which has citrus zest and tropical hops (Citra and Galaxy) added at the end of the boil, and fermentation with their funkier farmhouse culture.

I recently submitted a feature article on hoppy sour beers to Brew Your Own (subscribe to support the blog). The last two issues this year will have a total of four articles from me including an update on Brettanomyces post-American Sour Beers, and Advanced Brewing articles about dehusked roasted malts and brewer's yeast fermentation in a low pH environment! 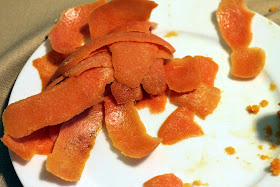 Smell – Zesty grapefruit leads, but it has fallen off in the weeks since tapping. Behind that is the 007 hops: black tea and stone fruit (pretty much as advertised). Tangy yogurt Lactobacillus. No funk, no strong yeast character.

Appearance – Nice head retention for a 4% Lacto beer, leaving some lacing. Hazy peach body, likely thanks to all the wheat and quinoa.

Taste – Flavor is more herbal (almost a bit like Vermouth) than the nose, but the finish is pulpy grapefruit juice. Snappy acidity, easy bitterness, no sweetness. I could clearly smell the quinoa in the wort, but it is buried under all the intense aromatics at this point.

Mouthfeel – Airy without being thin. The is a beer that has a lot of bold flavors, and the base supports them. The finish is slightly seltzer. The quinoa helped I’m sure, but not a major shift in perception at 5%.

Drinkability & Notes – A bright, tangy, refreshing, citrusy beer. Really impressed with the Right Proper culture at home, it was quick, clean, and easy! You could likely get something similar by mixing Omega's Lacto Blend and HotHead Ale. The 007 did well with grapefruit, doesn’t seem like a hop that you want on its own out front, but adds herbal and complimentary fruity depth to what could have been a juice-bomb.

Changes for Next Time – Not much to change on this one, pretty close to what I was aiming for. I had considered adding some hibiscus, and I might next time with a more citrusy hop variety! 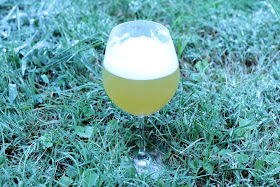 Notes
-------
Recipe above scaled from a 15 gallon batch to reflect this beer being tasted.

Boiled quinoa with 2 qrts of water for 25 minutes. Mixed into mash after the grain.

Sparged with 1.5 gallons of cold filtered DC tap water. Collected 8 gallons at 1.041. Added .75 gallons of filtered tap water post-boil to dilute the gravity back to 1.041. No hops.

Chilled to 100F and pitched 1/3 cup of thick house Lacto culture from Right Proper. Left at 85F to ferment.

7/22/16 Moved to the basement to finish out, fermentation seems complete.

8/2/16 Added the peels (vegetable peeler then pith scraped with a spoon) to the primary.