Rationing a delicious beer is always challenge, but offsite storage helps. I drink a single bottle of Courage Russian Imperial Stout clone each year, usually while visiting my parents for Christmas (the remaining seven bottles are the last of my once impressive stockpile at their house). I missed my annual tasting in 2013 (I gifted that bottle to Ron Pattinson himself while he was talking historic beers at 3 Stars, the closest brewery and homebrewing store to my house). I spent Christmas 2014 in Montreal, and didn’t get around to opening my 2014 bottle until the cherry blossoms were out. I also needed something to write about this week when my phenol experiment didn’t prove worthy of another official tasting. 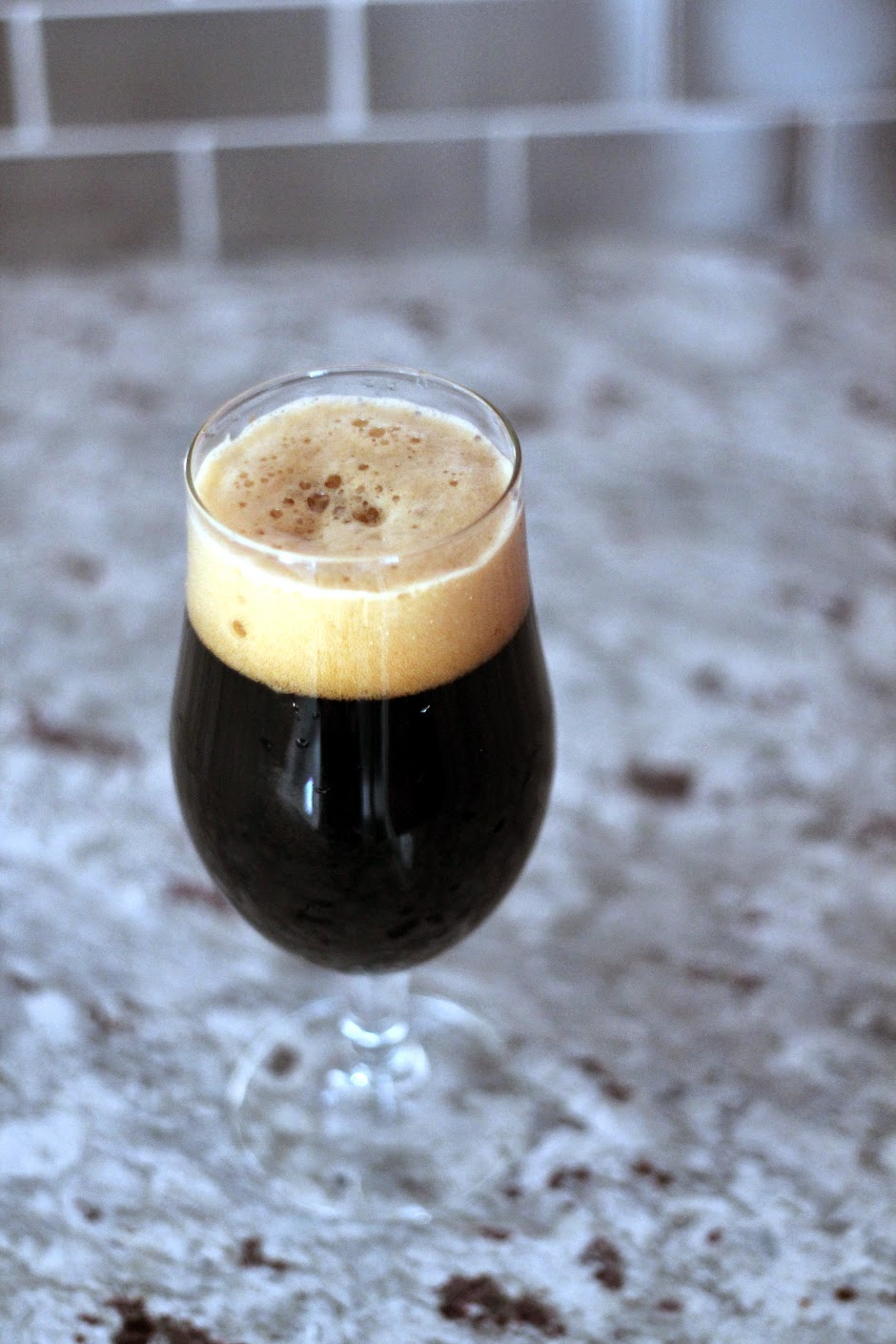 Appearance – Coal-black body with the same tight mocha head it’s had for years. Pretty good head retention compared to other years. Not all stouts need to be pitch black, but I think imperial stouts should be!

Smell – What a nose! Figs, burnt-on coffee, and fresh toast. Saturated with dark malt and caramelized sugar. Just a hint of soy-sauce oxidation, not offensive yet. Dusty basement. A suggestion of clean ethanol, no fusel burn. Every last bit of what an English imperial stout should be in the nose.

Taste – Decadent. Sweet, intensely malty, clean roast, and lots of caramelized raisins. Nothing overtly funky, but it has a sooty complexity that age alone doesn't produce. Speaking of which, age and oxidation haven’t caused any structural problems so far. Time has mellowed the alcohol and increased the intensity of the dark fruit and burnt sugar. Any hop bitterness is gone, but at 1.020 it isn’t so sticky that the lack of hops leaves it unbalanced.

Mouthfeel – Rich, full, and coating. It has enough heft to back up the opulent flavors and aromas. Carbonation is medium, which is more than I need in such a big beer. Nothing ruins a dark strong ale like too much carbonation, but after a few swirls it falls in line.

Drinkability & Notes – I need to brew another batch of this recipe before I run out! Considering the Brett was killed before bottling, it has held up very well. The antioxidant sulfites might be part of the reason. The dark fruit has really come up since my last tasting in 2012 (when that was missing compared to the actual Courage).

It is challenging for me to be objective with this beer: I brewed it less than two years after I moved to DC, about two years into what is now ten years of homebrewing. The sort of beer that I like to sit, sip, and think with.
The Mad Fermentationist (Mike) at 5:43 PM