Homebrewers often talk as if brewing a lager is a completely different process than an ale. In fact, neither requires decocting, filtering, krausening, spunding, or really anything else the other does not. Producing a great lager demands extra attention to a few key areas (e.g., temperature control and yeast pitching rates) to produce the cleanest yeast profile possible, but many ale yeasts have their own quirks too. Making accommodations for a demanding yeast strain is easier if you have specialized equipment, but if you have a temperature controlled fermentation chamber, you’re most of the way there. A larger vessel for starters, and a more effective wort chiller are optional, but helpful. 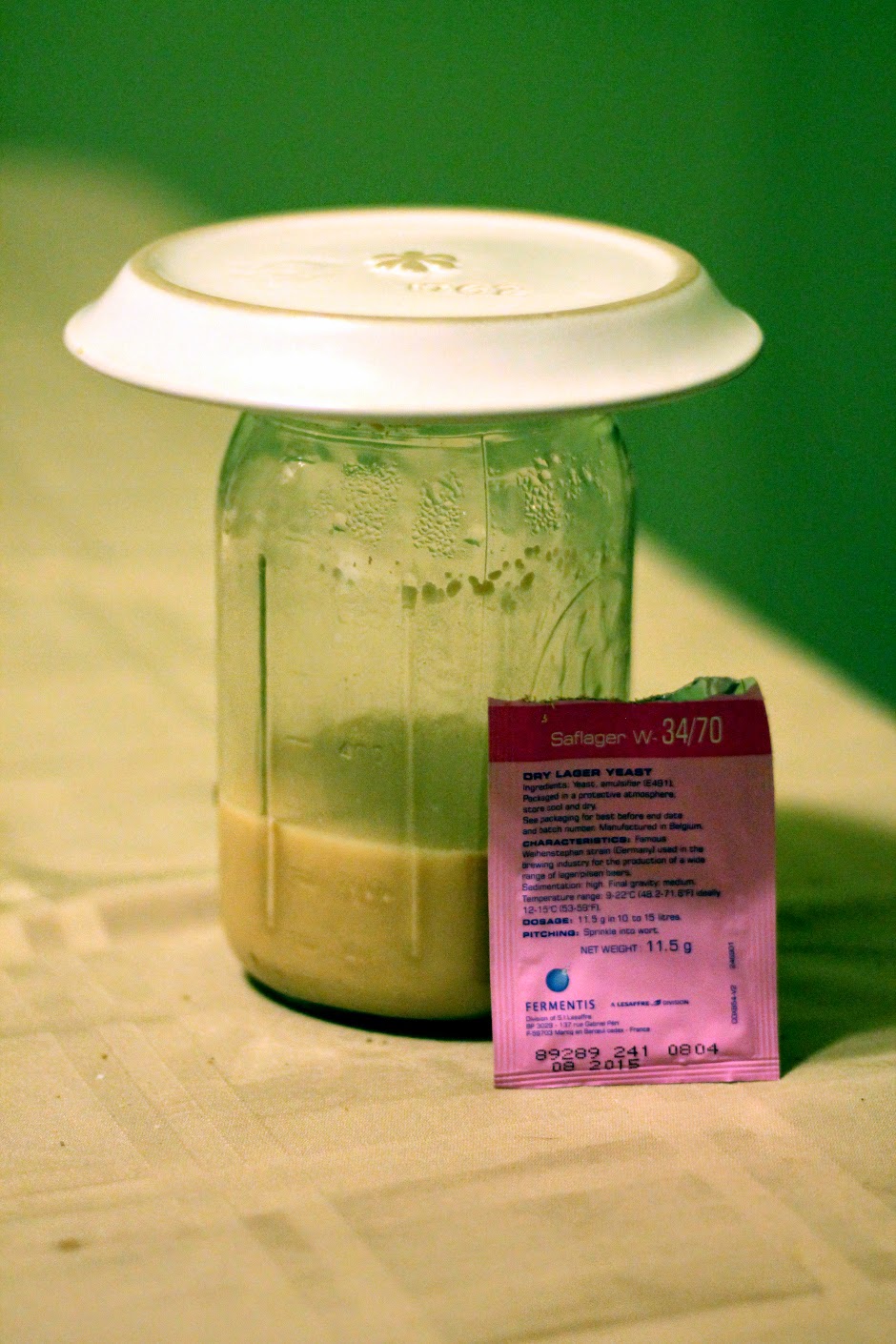 There are some brewers for whom any added effort isn’t worth the loss of ale yeast’s aromatic esters and/or phenol. More flavors doesn’t always result in more complexity though. Lager yeasts stay out of the way, allowing a fuller expression of both malts and hops. When you brew a lager lacking substantial “wort” character, you’ll end up with a quenching if bland result. However, many wonderful lagers are brewed with assertive malt and hop bills. For example, the recent wave of IPL (India Pale Lagers) from The Bruery, Jack’s Abby and other craft brewers often beat many American IPAs at their own hoppy game.

This recipe is my second batch inspired by Moonlight Brewing's Reality Czeck (I never posted the first). It's a bright Pilsner, grainy, and assertively hopped with US grown Perle. Achieving a really saturated hop aroma with classic “landrace” varieties like Czech Saaz or German Hallertau can be difficult because of their low essential oil content compared to modern varieties. Perle isn't exactly an “exciting” hop, but it's a refreshing spicy/herbal break from the usually citrusy/fruity varietals that are so popular now. I was using American hops, so I decided to stick with the theme and used American malted Pilsner malt as the base.

If your ground water isn’t colder than your target pitching temperature, you have a couple options. Sometimes I attach my immersion chiller to a submersible pump to recirculate ice water to chill the wort the last bit. An easier option is to get the wort as cold as I can and then just stick it in the fermentation chamber and pitch a few hours later. Either way the fermentation character will be much cleaner than pitching the yeast while the wort is still warm and then lowering the temperature.

This batch also served as an excuse to deploy my HopRocket (hop-back) on a batch that won't be dry hopped (with my setup/recipes dry hops tend to overwhelm the aroma gained from a hop-back). I find dry hopping with European (and related) varieties imparts grassy flavors, so hopefully the hop-back is a good alternative. The HopRocket has the side-benefit of filtering hot break, which results in clearer wort and higher yields. 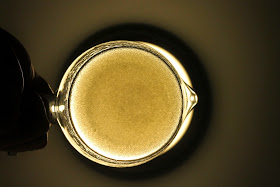 After two weeks in the primary fermentor, tasting to ensure there was no diacetyl, I transferred the beer to a purged keg and allowed it to settle for a day at 35 F before fining with gelatin. It is important to have the beer cold before adding the gelatin to gain the maximum clarity boost. I'm not normally a clarity snob, but yeast itself can lend a flavor to a beer as delicate and crisp as a Pilsner. I used a similar process to good effect in the Urquell-inspired Czech Pils I brewed a couple years ago.

Looking forward to drinking this real American Pilsner on the porch this summer! 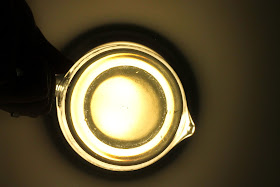 Half distilled and half spring water. 2 g CaCl and gypsum added to the mash and sparge water (plus 1 tsp of phosphoric acid to the sparge).

Collected 6.5 gallons of 1.040 runnings from a batch sparge.

Added .5 gallons of spring water as volume was a bit lower than anticipated.

Up to 54F after 24 hours without activity. Finally activity around 44 hours, dropped temperature to 50F to absorb the added heat of fermentation.

Up to 55F 4 days after the first signs of activity

4/28/14 Poured off the first pint to remove any settled yeast. Added 1/2 packet of Knox gelatin to 1/3 cup of filtered tap water. Added 2/3 cup of boiling water 10 minutes later. Mixed into the cold beer. Topped off with CO2 a few times and shook it in. Returned to the fridge to lager at 35F.

6/18/14 Tasting notes posted! It is clear-ish, but I think the beer may not have gotten down to 35F before adding the gelatin. Head is terrific. The herbal hop aroma is solid, but I don't taste a big contribution from the hop back compared to adding a similar total amount of hops (4.5 oz) at flame-out.
The Mad Fermentationist (Mike) at 5:51 PM