Of the beer styles I’ve brewed multiple times, lambic is the one where success has been the slowest to come. Most likely because the skills I pick up brewing pale ale translate to porter, IPA etc. Lambic brewing on the other hand doesn’t even share much in common with other styles of sour beer. Whether it’s the turbid mash, aged hops, spontaneous fermentation, or aging on the primary yeast cake, lambic stands alone.

My first two attempts at lambic were lackluster at best, while the third was solid. It seems like the more traditional my process is, the better the results. So for this fourth attempt I went whole hog, the biggest change being a modified spontaneous fermentation. Rather than simply expect wild yeast to land in the cooling wort, I built up three spontaneous starters, eventually pitching the ones I exposed in my backyard and barrel room. Two years ago my goal was to create a drinkable beer, and by that marker this batch was a remarkable success! 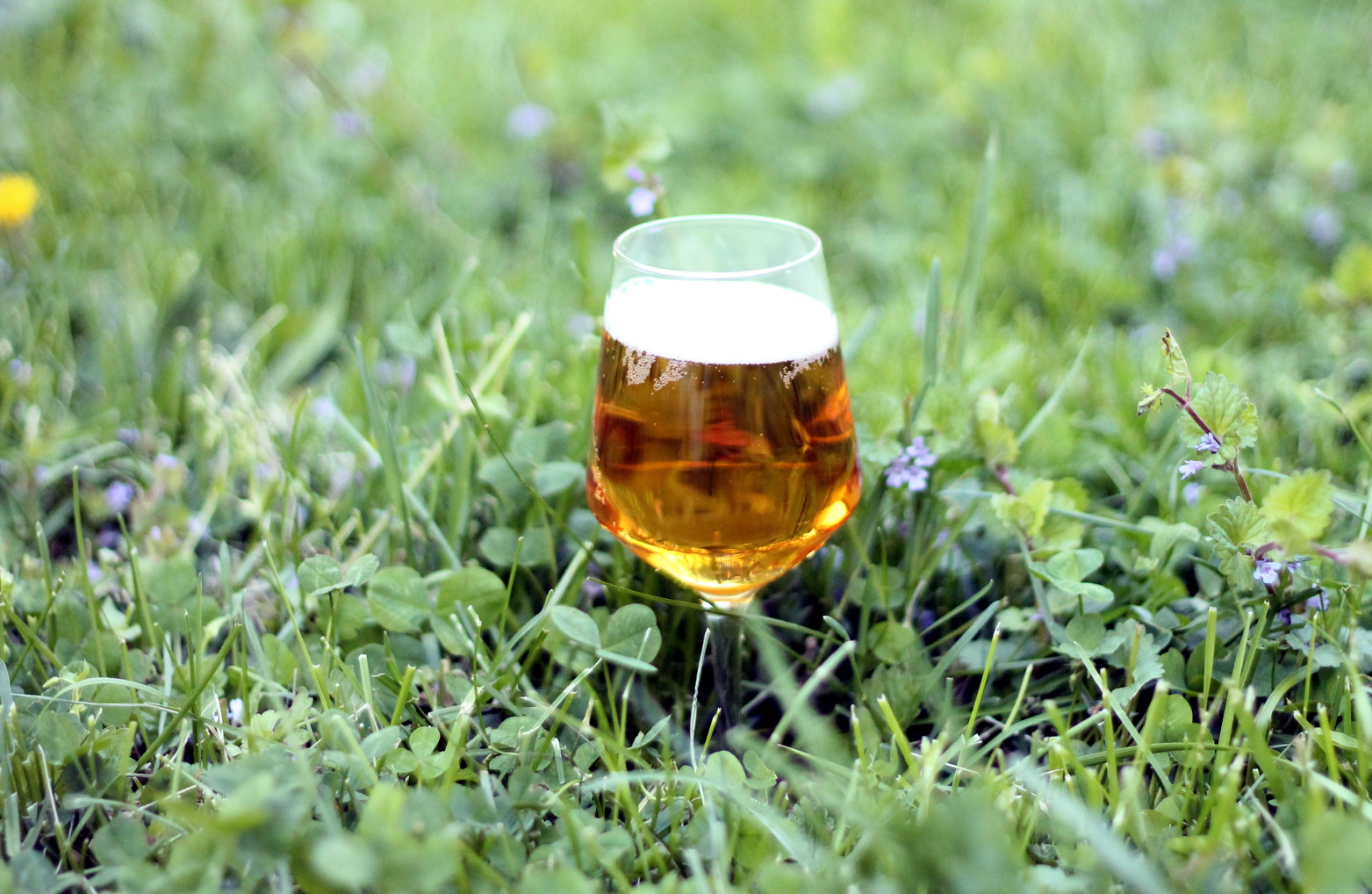 Taste – Tart, but not sour. It certainly could be more lactic, but probably isn’t too far off from the softer commercial gueuzes (lie Lindemans Cuvée René). Similar volatiles in the mouth compared to the nose. In addition to the fruit and funk, it has a slightly toasty character (from the grain or the bugs I can’t be sure). The flavor is intricate, but subdued, with lots of elements popping in and dropping out.

Mouthfeel – Carbonation is far too low for a gueuze, and the result is a surprisingly full bodied compared to my expectation. On the positive side it isn’t thin (despite the 1.002 FG) or tannic, very pleasant!

Drinkability & Notes – Considering the way some gueuze brewers and blenders talk, the fact that I produced something drinkable on my first try without blending is a miracle. I think many people would be surprised how reminiscent of a lambic a spontaneous American fermentation can be. Honestly I think this is closer to a lambic than anything you could brew with an unaugmented packaged microbe blend.
The Mad Fermentationist (Mike) at 9:03 PM