Acetobacter is my arch-nemesis when it comes to brewing sour beers. Luckily it isn't too hard to deal with because it has a weakness, acetobacter is aerobic meaning it need oxygen to convert ethanol (alcohol) into acetic acid (which makes vinegar taste like vinegar).  I don't care for it, but there are a couple sour beer styles where a twinge of acetic acid is acceptable (Flanders Red most notably), but for the most part they are sour because they contain lactic acid produced by Lactobacillus and Pediococcus.  I can tell acetic acid from lactic because its flavor is sharper/harsher and it has the distinct aroma of vinegar. 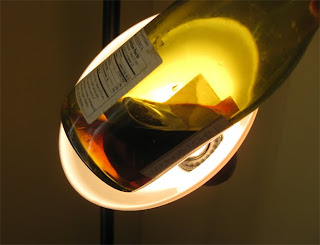 A couple of months back I noticed that a vinegar mother had formed in an old bottle of sherry vinegar.  A mother is a colony of acetobacter cells that are bound together with secreted cellulose.  To free it from the bottle I simply pulled out the plastic insert from the neck of the bottle with a pair of pliers. If you don't have a mother on hand you can buy one from the internet or a homebrew store, or just add some unpasteurized store bought vinegar (even is you don't see a mother, there will be acetobacter cells).  Acetobacter is also a common enough microbe that exposure to the air should be enough to start the conversion to vinegar.

Vinegar can be made from just about any alcoholic liquid under 18% ABV (high levels of alcohol inhibit acetobacter which is why fortified wines and distilled spirits are shelf-stable even after being exposed to the air).  The most common types of vinegar are made from wine (both red and white), rice wine, and hard cider.  Distilled vinegar can be based on any alcoholic base, after the acetobacter does its work the acetic acid is distilled and then diluted with water to remove the impurities (flavor).  Malt vinegar is produced from unhopped beer, so that seemed like a good place to start for me. 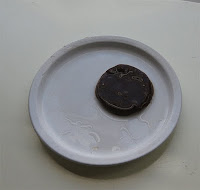 For the "alcoholic liquid" I decided to use my Flanders Pale Ale, since it had a low hopping rate (18 IBUs, 30 months ago), and has a mild off aroma as a result of being blended with my first batch of lambic (so I didn't mind sacrificing a few bottles).  The malt character is pretty mild so it should make for a versatile vinegar.  The moderate alcohol level (~5%) means that this batch may not have as much acetic acid as commercial vinegar, as a results it may take awhile for me to figure out exactly how to swap it into recipes. 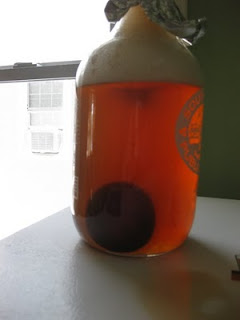 I poured five bottles of the beer into an old Southampton growler, making sure to leave the fill low enough that there is plenty of surface area for the acetobacter to contact the head-space.  I capped the growler loosely with aluminum foil to allow some oxygen in, but prevent any insects that might want to gain access. I placed the jug in the back of one of my kitchen cabinets (where it will be warm and far away from my fermenters).  After a few minutes the mother ascended to the surface where the bacteria can begin to take in oxygen from the atmosphere.  After all of the alcohol is converted the mother will sink back down to the bottom of the fermenter, to wait for her next meal.

When this batch is complete in a few weeks I'll transfer the vinegar back into capped 12 oz bottles to await use (fish and chips etc...).  The next stop for the mother will be apple cider vinegar production, then a cheap bottle of wine, between those batches I'll probably have enough vinegar to last me the next couple years.

Update:  The initial mother didn't do much, but my friend Matt gave me a culture to add and within a few months I had vinegar.
The Mad Fermentationist (Mike) at 9:16 AM