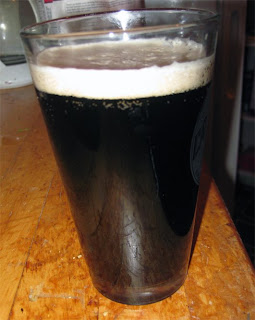 I brewed my International Session Ale just about a month ago. It is always nice to brew a beer with a quick turn around, unlike most of the bigger/funkier beers I tend to like to brew.

The basic idea was to use some Nelson Sauvin Hops and build up some yeast for an Adambier (more on that soon). The result was a beer somewhere between an American Brown and an English Mild. Too much citrus/pine hop character for a mild, and not enough malt/bitterness for a brown.

If you can't get your hands on any Nelson Sauvin, I would go with some Glacier or Crystal, even Cascades should make for a tasty beer.