The Ability of Brett to Ferment Caramel

Another homebrewer who made the same recipe from Brew Like a Monk for caramel that I did (Corn Syrup + DAP) in my sugar experiment was wondering if Brett could ferment it where regular yeast could not. Having an extra block of the sugar around and a big slurry of Brett C, I decided to see what the results would be. If the Brett is unable to ferment it this could be a very useful sweetener for Brett fermented beers.


I took about 10 oz of the caramel and melted it with half a gallon of boiling water. 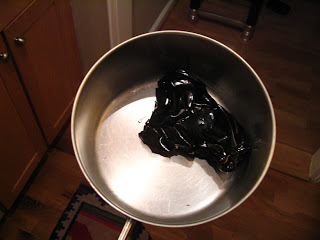 I boiled it for 10 minutes with 1/2 tsp of yeast nutrient. 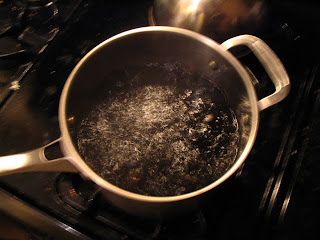 I cooled it in an ice bath, gave it a good shake and pitched a big slug of thick brett slurry. 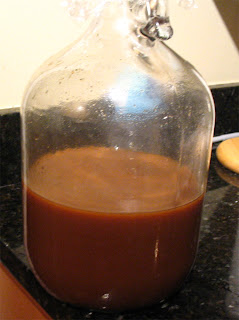 The OG was 1.028. If the Brett can handle it I would expect to see signs of activity in the next few days.

Update #1 - After 24 hours there is definitely some fermentation going on, when I give it a swirl foam forms and I can hear CO2 escaping. However it in not going that quickly, we will see this make take quite a while to get as low as it is going to.

Update #2 - After 4 days the Brett has flocculated out and the gravity has dropped to 1.014. The resulting liquid is actually not bad, sort of has a Flanders Oud Bruin thing going on. It'll be awhile before I throw in the towel, but I can safely say that Brett C can attenuate that caramel more than regular brewers yeast. 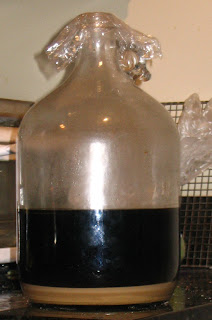 Update #3 – At 10 days there hasn't been any more fermentation, the beer is still at 1.014. I'll let this go for another couple of weeks, to make any final judgments, but it is looking like this caramel is only around 50% fermentable by Brett C.

As an aside I think after 2 pure Brett fermentations this yeast is learning to behave itself, look at that flocculation. Makes you wonder how “normal” this wild yeast would get after a few more generations. Sadly the pack of Wyeast Brett anomalus (a special order gotten by my local homebrew store) is next on my list to experiment with.

Update #4 After 40 days the caramel is still at 1.014. I'm moving tomorrow so the experiment ends here. Resulting liquid isn't bad I may try adding some of the caramel to a Brett beer down the line for some residual sweetness and body.