Dealing with COLA, FONL, and Compliance

With our first anniversary (and party) coming up, I wanted to write a post on one of the many areas I didn't know anything about as a homebrewer that goes into an event like this. One of my many hats at Sapwood Cellars is compliance. It is a necessary part of the dream job, but luckily not the whole thing! It includes things like record keeping, filing excise taxes, and TTB submissions for formula and label approvals. The taxes took awhile to get used to, but aren't that bad now that we have adequate record keeping procedures in place.

We're lucky to be in that Maryland doesn't require federal COLA label approval for in-state distribution. So we're just now getting into that as we've recently been approved to sell beer in Virginia, DC, California, and Oregon. Don't get your hopes up, for now it's just small shipments for festivals and events (e.g., Modern Times Festival of Dankness, Aslin Anniversary Party, Snallygaster). So far it hasn't been too burdensome, mostly just getting the templates for our labels and keg collars in spec, and then learning what words are required or problematic. It is a bit more work given the wide variety of beers we produce (more than 150 in our first year), but most of those are tasting room only. 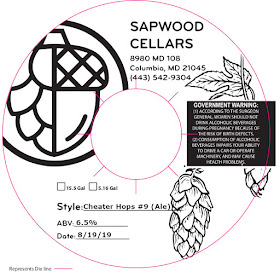 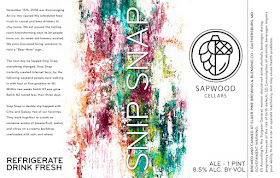 The more annoying piece is formula approvals (FONL). Despite what several brewers have told me, formula approvals are required any time you are adding ingredients not in the list of Exempt Ingredients and Processes regardless of whether label approval is required or where/if the beer will be distributed. I called the TTB and had my understanding confirmed. True, the odds of getting in trouble for not having an approved formula are low for a beer that stays in state (especially taproom only), but as a long-time government employee I'm just not an "ask for forgiveness" kind of person. The issue is that it seems approvals are really subjective/inconsistent.

Last fall I'd requested a formula with acorns, to do a small batch with the acorns I dry-fermented. I was rejected. Well that isn't entirely true, what the TTB usual responds is to request the GRAS (Generally Regarded as Safe) notification from the FDA for the ingredient in question. The issue is that they know well that the most ingredients aren't on there, and that the only way to get it there would be to fund a study showing its safety. As a result, most of "GRAS" substances are specific chemical compounds (e.g., Xylooligosaccharides from sugarcane, Ergothionine, and Synthetic dihydrocapsiate) that large companies have gotten through. You know what isn't on there? Apples, while apple peel powder is. Oranges, but orange pomace and enzyme-treated orange pomace is. You get the idea. 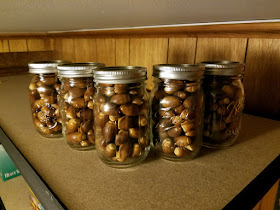 When I contacted the FDA about acorns they responded that while acorns were not GRAS, I could use "tannic acid extracted from nutgalls or excrescences that form on the young twigs of Quercus infectoria Oliver and related species of Quercus." Pass...

Recently I saw another brewer mention that they had gotten acorn flour approved (but were still requires submission of a "tannin leaching" process). I submitted a formula for a dark saison with acorn flour, and was rejected again, but this time for the reason that acorn flour is approved without a request being required. Not sure what grinding the acorns up does to change it from requiring FDA study to being allowed without even having to submit a formula request.

Something similar happened with Staghorn Sumac (which I'd used at home with wonderful results). GRAS notification was requested from my submission, which annoyed me because I've had several commercial beers brewed with. I responded:

Maybe I am misunderstanding the GRAS Notices? It doesn't seem to include most of the typical ingredients added to beer, e.g., hops or barley. Most of the entries are for chemical compounds or specific extractions from plants, not fruits, vegetables, or other commonly consumed foodstuffs? Rhus typhina (staghorn sumac) has been made into a lemonade-like drink for centuries. Here is an info sheet from North Dakota State on the species, that includes: "Food - Sumac lemonade made from berries."

Three weeks later and my formula was approved without further comment...

I've got nothing against safety rules on what goes into beer. I'd just prefer they were clearly delineated and widely followed.

Since both of these ingredients are foraged and thlimited, we decided to make 15 gallon variants with each for the anniversary party. A barrel-aged dark saison (based on Funky Dark #4) for the acorns and a pale sour fermented with The Yeast Bay Melange for the Sumac! 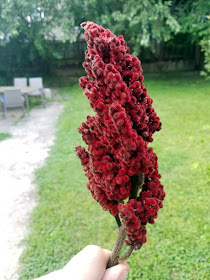