Whether you are a homebrewer or a craft brewer, things don't always go as expected or something breaks. If you aren't ready, it could cost you a batch or delay a brew. In the worst case scenario a company can go out of business, making a replacement part difficult and expensive to procure. More than once we haven't had a (seemingly) small inexpensive thing and it caused issues. Learn from us (and chime in with your own suggestions)!

If you use liquid cultures, there is always a chance that your starter won't start or your brink will run dry. We always keep a couple bricks of dried yeast on hand. On a commercial scale, SafAle is ridiculously inexpensive ($50-75 for 500 g). We always have a brick of US-05 and S-04 in the cooler. The strains you keep will depend on what strains you use. If nothing else, we'll use them for primary fermentation on sour beers when we don't have enough liquid yeast harvested.

Being friendly with a few other local brewers could be handy as well, but there usually isn't a guarantee they'll have yeast to spare at the last minute. 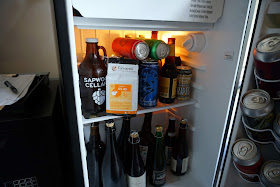 I find it helpful to have both dextrose and maltodextrin on hand. We had a DIPA dry out a few points too far, easy enough to boil a pot of maltodextrin, keg it and shoot it into the brite tank to add .004/1P. Dextrose is handy if your gravity is lower by a few points, although in most cases we'll just leave the beer alone. Dried pale malt extract is another option, especially if your efficiency is inconsistent (or you often brew really strong beers).

It never hurts to order a few extra bags of a favorite malts either, especially for things like Golden Naked Oats that often seem to be out of stock. Extra base malt is nice too, especially early on when you're ordering ingredients for a few batches and still feeling out system efficiency. 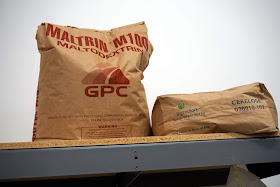 Buying on the spot market means sometimes you get a bag that isn't all it should be. Better to have a few back-up options to swap in for dry hopping. Mediocre hops are usually fine in the boil, so if we open a bag of Simcoe that is so-so, we'll open another and save the first for a boil/whirlpool addition.

We try to have at least one "extra" gasket in each size. This is especially true for things like manways that aren't generic. Unluckily we didn't think of this before the gasket on our 15 bbl DME fermentor stretched out... now they're out of business and we're still working to find a replacement. The one we have still works, but likely won't forever. If we order anything new, we get replacement seals and parts for it at the same time.

Same goes for having extra valves and other fittings that might leak or stop working. Delicate instruments like hydrometers, thermometers, refractometers never hurt to have redundancy either. 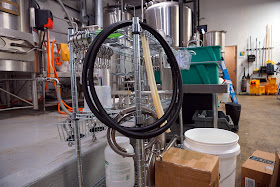 Nothing is worse that electronics that don't want to work properly. Our MidCo burner for the kettle has a small control board that shorts if a few drops of water fall onto it. The first time was a complete surprise after washing down the kettle, but we ordered two replacements. That saved a batch of beer a few months later after a boil-over (our new gas meter really increased the heat output). No problems since adding a water-proof cover...

I've been meaning to buy a few extra solinoids for the glycol/tanks too as they are notorious for going bad. 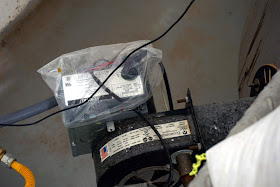 When our most recent batch of saison stalled out we were ready for it, we added amyloglucosidase and the gravity dropped quickly to 1.001. There are other enzymes that you might consider as well that help with conversion, run-off, and clarity as well. 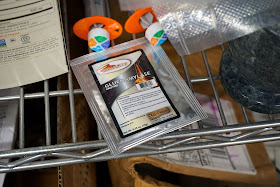 While we have a bulk CO2 tank, we also have a few smaller tanks. They're necessary to pour at events, but they're also nice to have if the bulk tank runs empty and we need to keep pouring beer! Same story with nitrogen. We have two tanks so we have one in use and one filled (or waiting to be swapped). 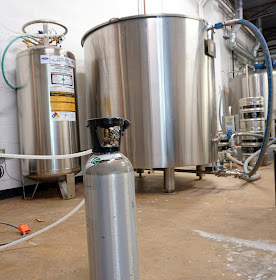 Rather than waiting for more things to go wrong to learn what else we should have, post a comment and let me know what to buy! 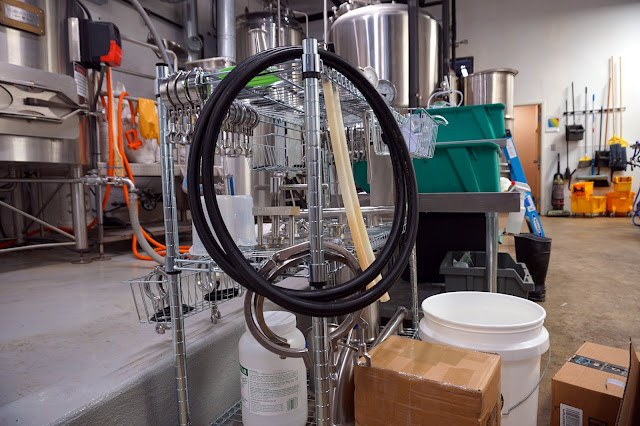 Since 2008 my friend Alex and I have been brewing dark funky saisons. Each year we come up with a new concept, usually involving dried fruit and/or spices. We've been a bit lax the last couple years, the ninth iteration was brewed a year ago, and neither of us has bottled our share yet.

For my birthday a couple weeks ago, Alex came over to the brewery and we opened bottles of all the versions (including a few variants). I shot a video of our discussion, enjoy! 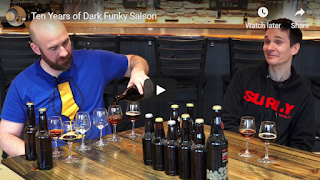