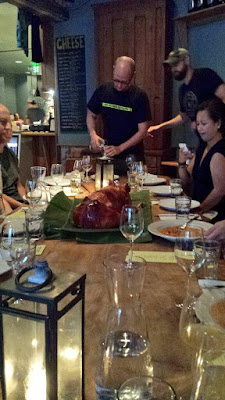 Every few weeks I receive an email for someone planning a visit to DC wanting to know where to grab a few beers. I thought I’d flesh out my standard response and post it to save everyone the hassle. I limited each category to a maximum of five places because this isn’t intended to be a complete list, just a variety in terms of location/price/vibe. If you're looking for goings-on, DCBeer maintains a really helpful events calendar.

Brewpubs
The DC area seems to have more brewpubs that are serious about their food than most other cities. There is also a great culture of interesting session beers. 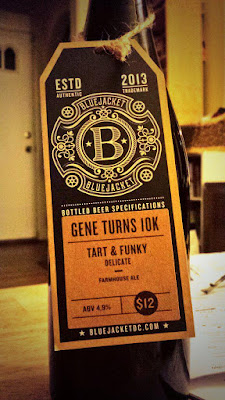 BlueJacket/Arsenal – Close to National’s (baseball) Park. Somewhat confusingly, BlueJacket is the brewery, and Arsenal is the co-located restaurant. They opened talking a huge game (i.e., 19 fermentors of various sorts, huge tap list, A-list collaborations), it took some time, but some of their beers are finally delivering on that promise. Beautiful vertical layout.

Mad Fox Brewing Co. – The most recent stop for local Johnny Kölsch-seed Bill Madden (who previously brewed at Capital City, and now defunct Vintage 50). Nice variety of mostly "to-style" beers, solid food, worth a stop if you are in Falls Church, VA (or near their new DC outpost in previous beer-desert Glover Park).

Franklins Restaurant, Brewery, and General Store – In 2006, I volunteered with head brewer Mike Roy a couple days at Milly’s Tavern in Manchester, NH. A few years later, I was glad he ended up brewing in Hyattsville, MD a few miles from my house (where he has really cleaned up the brewing side of things). Franklins' always had solid food, plus an adjoining general store with a solid selection of bottles (now augmented with some of their own). 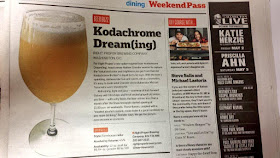 Right Proper Brewing Co. – Next to the Howard Theater in Shaw. My friend Nathan Zeender left his post at the brewpub recently to oversee the new production facility in Brookland (which will have a tasting room). Luckily he was ably replaced by Bobby Bump, previously of BlueJacket, who continues to make a wide variety of pale/funky/fruity beers, some normal-ish stuff, and plenty of weird "others."

Production Breweries
The nation's capital hadn’t had a production brewery in more than 50 years until DC Brau opened in 2009. It has taken some hard lobbying (the original requirement was that they needed to install a drop ceiling!), but breweries are now allowed to fill growlers, give samples, and most recently sell pints! Still most of the local breweries are in Virginia, and to a lesser-extent Maryland. 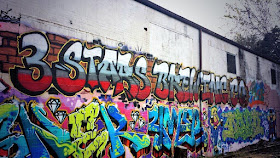 3 Stars Brewing Co. – The closest brewery to my house. They opened a few years ago with a mission to brew mostly strong beers. They still do, but I'm glad they are mixing in some lighter stuff (like Cognitive Dissonance, a snappy 3% ABV rye-Berliner). Also houses DC's only homebrewing shop, DC HomeBrew Shop.

DC Brau Brewing Co. – While big hop-bombs On the Wings of Armageddon and Solar Abyss account for much of their beer-nerd recognition, they also brew a solid, Pilsner, porter, and some other fun beers as well. Head brewer Jeff Hancock and his wife Mari are also great people, which never hurts my opinion of a brewery.

Lost Rhino Brewing Co. – Some of the equipment and talent from Old Dominion Brewing when they shacked-up in with Fordham Brewing in Delaware. Lost Rhino brews solid clean beers, but I also really dig the sours Jasper Akerboom and company are turning out! 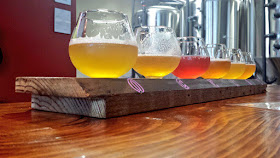 Ocelot Brewing Co. – If you want strong and hoppy this is the place for you! When we stopped a few months ago they had 10 beers on, nine were 7%+ ABV, including five heavily hopped beers.

Port City Brewing Co. – 2015 GABF Small Brewing Company of the year! I'm especially fond of their porter, big and plenty roasty. Best wit in the area as well. Their hoppy beers tend to be more English-leaning.

Beer Bars
Not being a state results in some weird laws. The Brickskeller built its reputation (record for most beers available) by having a truck crisscross the country buying out-of-market beers. They closed a few years ago, but the tradition lives on and I’m often surprised by what is available at the better beer bars and stores (the prices can be shocking though).

Black Squirrel – Audrey invited me here early on when we both lived near Adams Morgan. They have three levels with their own bars, each of which has different beers on tap (70ish total).

ChurchKey/Birch & Barley – The big name in town is owned by the same group as BlueJacket (plus Rustico, GBD, Red Apron etc.). Huge beer list and prices to match. They do plenty of events and tap-takeovers as well. Birch & Barley is the fancy restaurant on the first floor of the same building.

City Tap House – I wanted to include something downtown because that is where many people end up. City Tap House is not my favorite bar, but it isn't a bad place to grab a pint and some food before an event. Jackpot, and Iron Horse are two other solid options if you aren't hungry.

Meridian Pint/Brookland Pint – In Columbia Heights and Brookland respectively, owned by the same people as Smoke & Barrel in Adams Morgan. All have solid tap lists with a good spread of slightly more obscure local releases, and interesting stuff from elsewhere.

Pizzeria Paradiso – I usually end up at the Dupont location, but there are two others as well (Alexandria and Georgetown). Midweek happy hour at the bar for half-priced drafts is the time to go. They don’t have a huge number of beers on tap, but they are usually well curated.

Bottle Shops/Beer Stores
Sadly the DC area is somewhat lacking for great places to buy beer to take home with you.

Chevy Chase Wine and Spirits – Plenty of singles, sadly not what it once was when I used to live over on that side of town. A few doors down in Magruder’s, which has a sizable selection of six-packs. A bit out of the way unless you are driving.

Connecticut Avenue Wine & Liquors – They used to do a lot of "gray-market" stuff (I've seen Alpine, 3 Floyds, Russian River etc.), but not so any more. Despite the small size, their selection usually includes some more obscure bottles. An easy stop if you’re headed to Pizzeria Paradiso Dupont.

The Perfect Pour – In Columbia, MD it certainly the biggest selection around. Good variety, but watch the dates, and bring a second credit card. While you’re up there you can also stop at Frisco’s, Victoria Gastro Pub, or Maryland Homebrew.

Whole Foods P St. – Solid selection, right around the corner from ChurchKey. Several of the Northern Virginia Whole Foods have very good selections as well if you are headed out that way.
The Mad Fermentationist (Mike) at 8:13 PM