I realize my standard sour beer process can be daunting for some homebrewers. All grain, year-plus fermentation, fresh fruit, blending, bottle conditioning etc. Apparently not everyone has a temperature controlled basement room to commit to aging sours. So why not cheat? Brew a beer with malt extract that I could age just a few months with frozen fruit before force carbonating? So I did!

This extract-based stout was fermented with Wyeast’s Oud Bruin Blend. The blend doesn’t contain Brett, so it is perfect for a sour that derives character from malt and fruit. The combination of Lacto and brewer’s yeast won’t dry a beer out as much as my long-aged massively-mixed fermentations (1.012 in this case), perfect for a sour with some roast. Sour stouts have the highest probability of missing for my palate, roast+dry+sour often ends up acrid for me. WY3209-PC has only been released once so far, summer 2014.

I racked onto the frozen blackberries (and a handful of home-grown/frozen beach plums) one month into fermentation. A month later I moved the fermentor to my cool basement to prevent the sugars from the fruit from being completely fermented out (or so I hoped) – I liked the way the beer tasted and didn’t want it to change. I was kegging, so residual sugar was not a concern as it would have been if I was bottle conditioning. 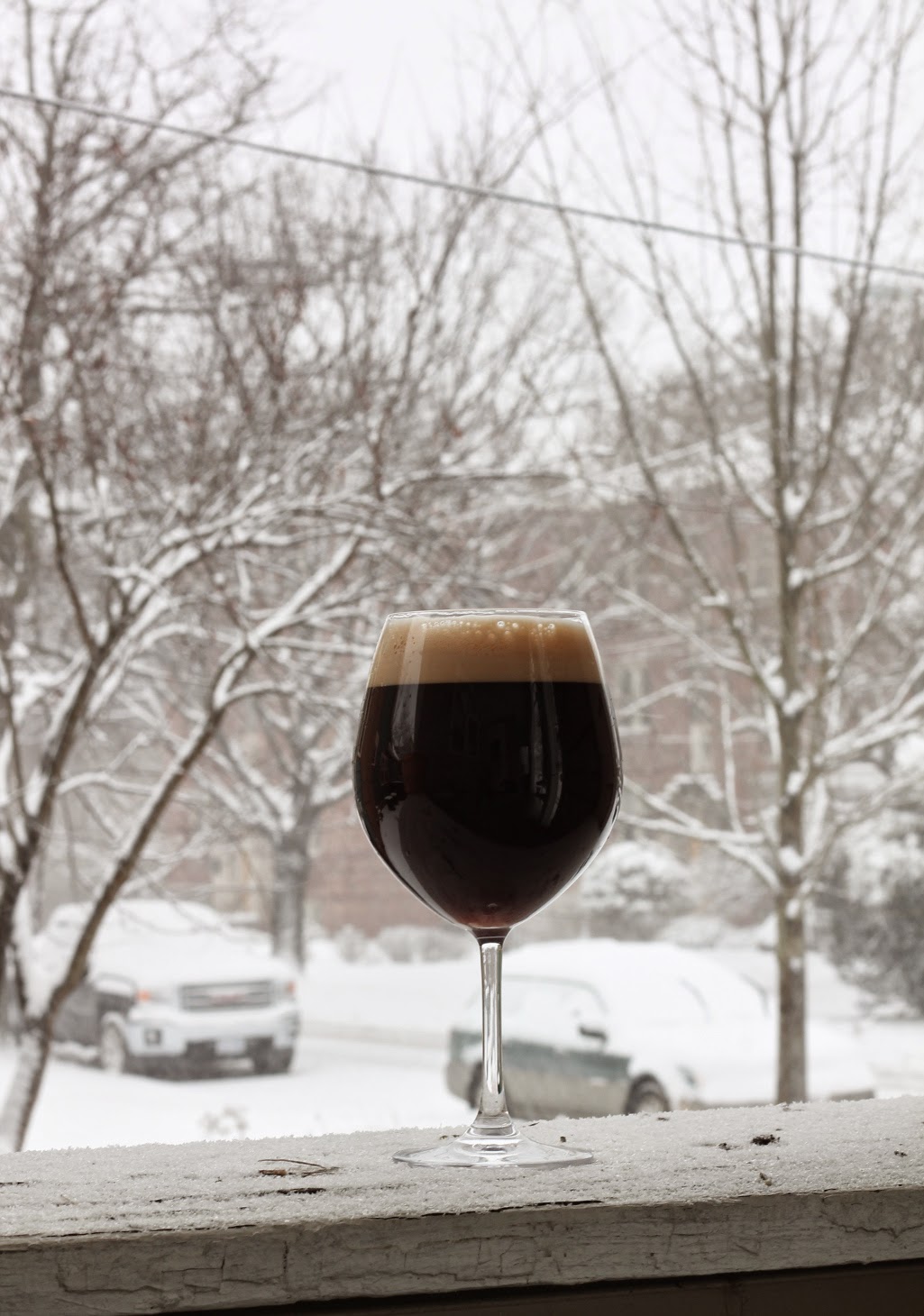 Appearance – Chocolate brown with substantial cloudiness. Not far off from a dunkelweizen; more brown porter than stout (despite the predicted 30 SRM). The tan head is dense and long lasting, particularly for a sour beer.

Smell – Brown malt, Cocoa Puffs, and winey fruit. Like nectarines, blackberries aren’t as distinct as many of the more popular sour beer fruits. As with the color, the dark malts don’t quite provide the punch I was hoping for, but it is coffee-roastier than traditional oud bruins. No funk, or other unexpected aromas considering it is only Sacch and Lacto.

Taste – Nice melding of bready malt and dried blackberry (toast and jam anyone?). It has a pleasant lactic tartness without being sharp. Very clean, no funk to get between the malt and fruit. Not sweet, but not dried out the way most sour beers are. The combination works well, but isn’t bursting with complexity.

Mouthfeel – Medium body, with medium carbonation. About right for the flavors. I never want prickly or thin when it comes to darker beers, sour or otherwise.

Drinkability & Notes – Nothing about this says “malt extract.” Although my lack of experience with extract beers certainly played a role in the lower dark malt character than I intended. Luckily falling short on a sour stout, I ended up at a pleasant destination. Hopefully Wyeast brings back this blend eventually, I think it’s a great place to start for a quick turnaround tart without the funk beer.
The Mad Fermentationist (Mike) at 5:18 PM