While I was working in San Diego last summer, my favorite beer in Modern Times' core-lineup turned out to be Fortunate Islands: under 5% ABV, bright, citrusy/tropical hops, quenching, everything I want in a warm-weather beer. Luckily it seems like plenty of beer nerds agree as it’s currently sitting at a solid #3 (of 1,121) on BeerAdvocate’s list of most popular American Pale Wheat Ales (slowly gaining on the two fantastic beers ahead of it: 3 Floyds Gumballhead and Lagunitas Little Sumpin’ Sumpin’). Granted all three have hopping rates well above where the style was founded (i.e., clean fermented "hefeweizens" from breweries like Widmer, and Pyramid), but I’d rather brew beers “to flavor” rather than “to style.” 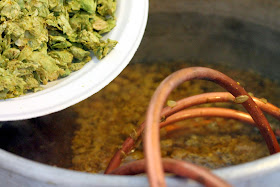 To avoid demanding that Jacob ship me a case of Fortunate Islands can each month, I decided it would be easier to simply “homebrew” my own version of the recipe that I helped develop. I'm incapable of brewing a batch without a twist though, so I took advantage of the opportunity to try out The Yeast Bay’s Vermont Ale strain (their version of Conan) – the Modern Times original is brewed with Cal Ale. I'm hoping for a strain with higher attenuation than the East Coast Yeast isolate (North East Ale), but with the same great burst of peachy-fruity-estery complexity that I got in Simcoe & Sons.

As the most hyped hops become more competitive to obtain (Citra and Amarillo in this case), using a more characterful yeast strain to bolster subdued/available hops will be a valuable route to investigate. Many of the compounds found in hops are also present in other herbs and spices, so that’s another approach to consider. Luckily there are all sorts of exciting new hop varieties that will be coming out each year as breeders rush to catch-up with brewer's new found interested in unique aroma hops. Hopefully that push combined with the ramp-up in acreage relieves some pressure from other varieties.

I kept the malts and hops identical to the original recipe, with only a few adjustments to timing and amounts for my system. Rather than go through the effort of setting up the hop-back and plate chiller, I staggered my flame-out hop additions. Before adding the second dose, I allowed the wort to naturally cool for 15 minutes to preserve some of the heat-sensitive essential oils that are usually driven off with a standard hop-stand. Anytime you see one of my recipe with hop-back additions, a similar adjustment is an option.

My kitchen (and as a result my water filter) has been out of commission since early January for major remodeling. I needed to buy bottled water, which provided a good excuse to experiment with a water treatment schema advocate by Gordon Strong in his book: Brewing Better Beer. I used 90% distilled water and relatively small mineral additions. The idea is that minimal buffering capacity (carbonate) makes lowering the pH much easier. It also reduces variation by allowing you to start at the exact same place every batch (where tap water varies with the seasonal sourcing). I’ll be interested to see how the character of the finished beer differs from the higher mineral levels I usually employ.

This batch was kegged a week ago, so expect tasting notes sooner than later. Hopefully now that my work on the book is completely finished, as are the classes I taught through LivingSocial, I’ll get back into a more frequent posting rhythm! Although I’ve got another BYO article due in a few weeks (I’ve already submitted one on solera blending sour beers, plus a Zymurgy article on the influence of the mash on sour beers). Expect some trimmings from the book to make it to the blog as we ramp-up for the mid-June release of American Sour Beers! 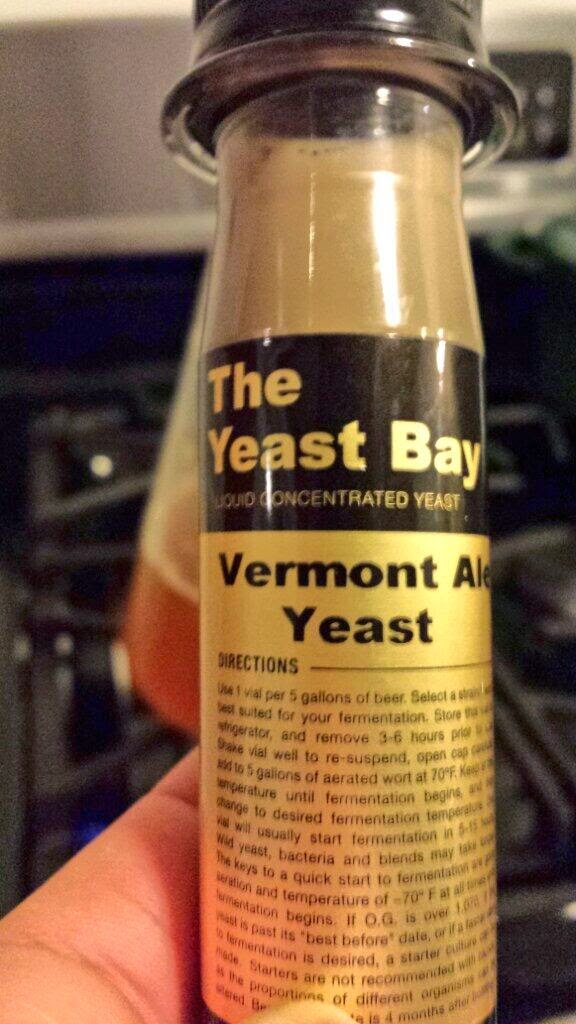 Mash had a pH of 5.3 at room temperature.

Batch sparge water the same blend, minus the minerals. Collected 7 gallons of 1.044 runnings. Added a quart of reserved sparge water to dilute.

Added hops right at flameout, then the second 15 min later with the temperature down to 192F. Waited 15 min before starting the immersion chiller. Chilled to 64 F, pitched entire starter, shook to aerate, and left at 67 F to ferment. Post boil pH, 5.1 at room temperature.

Fermenting after 12 hours, moved downstairs where the temperature is about 62F at that point.

24 hours later, fermentation already seemed to be slowing, so I moved the fermentor to 67F ambient. Moved next to the radiator the next day, hopefully a degree or two warmer.

3/4/14 Added the first half of the dry hops, loose, as fermentation finished up.

3/15/14 Kegged with the keg hops, bagged. Put onto gas in the kegerator. Turned out only down to 1.016, so similar to the ECY strain. I probably should have warmed it up more near the end of fermentation as suggested.

4/3/14 Tasting notes. Turned out to be a very good beer, but the yeast didn't add the huge peachy-stone fruit aroma I was hoping for. The alternate water treatment regimen didn't change the character of the beer appreciably to my tastes.
The Mad Fermentationist (Mike) at 8:23 PM 23 comments:
‹
›
Home
View web version